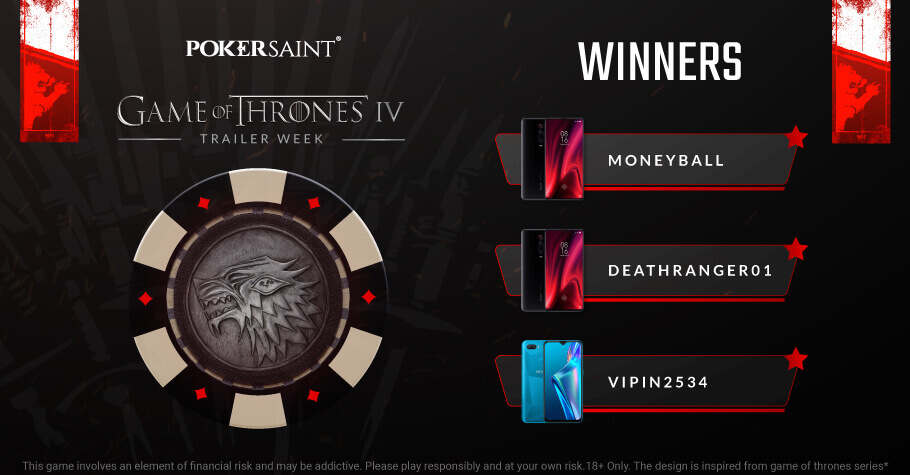 
PokerSaint’s promotion called Game of Thrones IV Trailer Week 1 concluded on a high note on June 6th, 2021. The Trailer Week 1 which saw some of the greatest poker games being played with full vigor, ran between May 24th to June 6th. This promotion was full of action, drama and exceptional poker skills put to work.

The promotion featured two precious leaderboards, the Silver leaderboard and the Diamond leaderboard. The two week long promotion assured prizes worth ₹1.5 crore in just 14 days. The players had to gather VIP points to be eligible for the exciting prizes.

PokerSaint is one of the leading and safest online poker platforms in India. The Game of Thrones IV Trailer Week 1 promotion was known for its action and nail-biting games on the virtual felts. PokerSaint tournaments are some of the most rewarding one’s like the PokerSaint Get-Rich Series which had rewards like Kawasaki Ninja 300, Yamaha YZF R15 V3 and an iPhone 11 pro max, and the Get-Rich Series 2.0 which also had cars, bikes and gadgets as rewards.

PokerSaint has announced the three winners of this fabulous promotion who managed to gather maximum VIP points and book their victories. The top three players on the Diamond leaderboard were ‘moneyball’ who scored 110 VIP points, ‘Deathranger01’ who gathered 84 VIP points and ‘AndaBhurji’ who scored 76 VIP points. AndaBhurji has also previously won PokerSaint’s Cold War Series in January 2021, and PokerSaint Conqueror Challenge 2.0 in December 2020.

The Silver leaderboard was topped by ‘Vipin2534’ scoring 129.5 VIP points, while ‘Heart_Tirker’ scored 106 VIP points at the second position and ‘cheeky_bits’ scored 105 points.

If you missed PokerSaint’s Game of Thrones IV Trailer Week 1, don’t worry, week 2 is live now. The Trailer Week 2 promotion will run from June 7th 2021 until June 20th, 2021. This promotion will also feature prizes worth ₹1.5 crore over a period of 14 days.

If you haven’t registered on PokerSaint yet, then do it now! Register via Gutshot and get your hands on exclusive deals, rewards  and more. 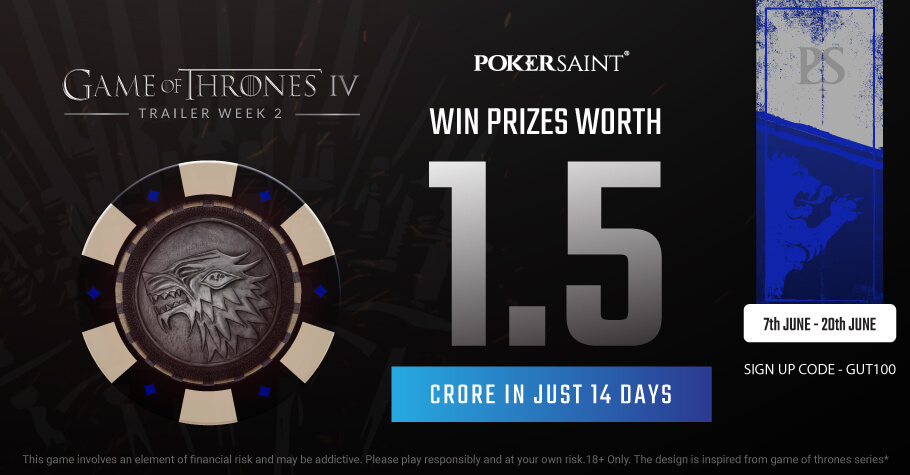 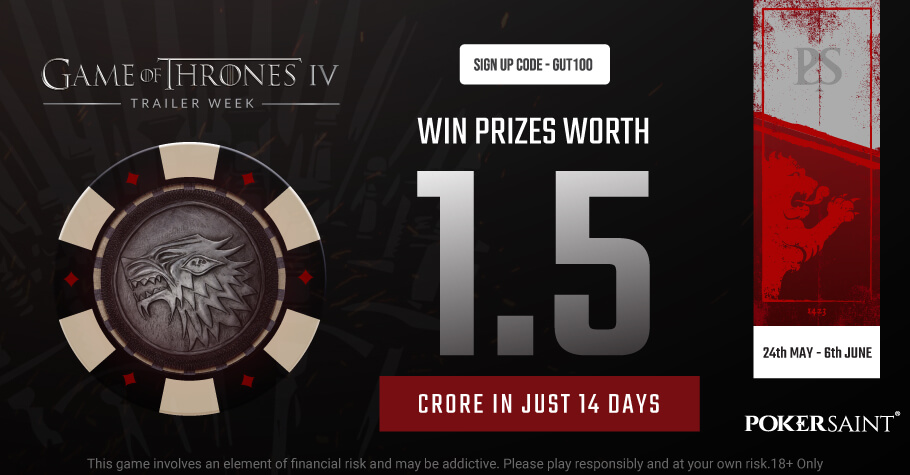