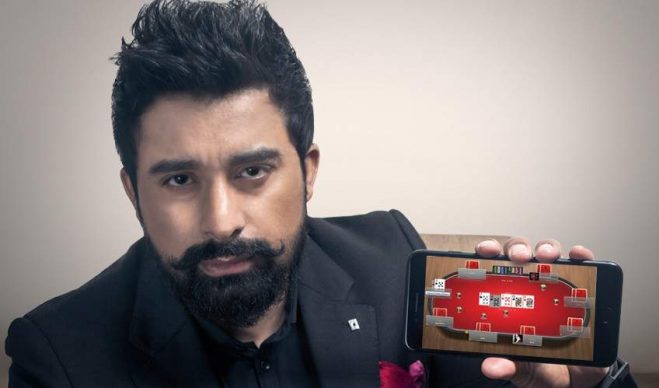 “Poker has taught me a lot about patience and reading people”


Poker has been one of the most popular games around the world for decades now, but in India, it was always looked down on in the past. However, times are changing with many companies and individuals promoting poker not just as a card game, but as a game requiring high levels of skill and also as a sport.

Apart from many companies actively trying to spread awareness and bring in new players in India, there have been several poker tournaments and leagues hosted, while plenty of celebrities have also been brought on board for the same purpose. One such social media figure is Rannvijay Singha – Indian actor, television presenter and VJ.

Popularly known for winning the first edition of MTV Roadies way back in 2003, Rannvijay has worked hard to build a successful career ever since. Along his journey, he was introduced to poker and today, he is also one of those who are promoting the game as a game of skill.

He was signed as a brand ambassador of The Spartan Poker in April 2017 and since then, he has learnt a lot about the game, which has improved other aspects of his life as well. Talking about the role this mind sport plays in his life, Rannvijay said, “I am proud to say poker is my guilty pleasure, it has taught me so much about patience and reading people.”

Recently, Spartan announced that they will be hosting the second edition of the India Poker Championship (IPC) Awards at Sahara Star in Mumbai, and Rannvijay Singha has been invited to be the Chief Guest of that awards ceremony. Along with him, anchor and model Shibani Dandekar will also be present to host the event.

Talking about the event which takes place on 1st December 2018, Rannvijay said, “I have always believed in supporting excellence, in any and every part of life. This time I have got an opportunity to honour excellence in the Poker industry and I am equally excited as much as the fans or the people are. I hope the players I will meet at the awards can teach me a trick or two…”

Dandekar also commented on being selected to host the 2018 IPC Awards, saying, “I have played a lot of poker with family and friends in friendly games and now I enjoy playing online whenever I can. I hope to meet these poker pros and pick up a few tips on how to ace the game.”

Over the last few years, many celebrities like Rannvijay have been associated with the game of poker, including actress Anita Hassanandani Reddy who was recently signed by PokerRaj. Cricketing sensation Chris Gayle joined Adda52 as a brand ambassador earlier this year, while Vijender Singh endorses PokerBaazi and Indian chess legend Vishwanathan Anand endorses the Poker Sports League.

For more similar stories on poker and a highlights package on the upcoming IPC Awards in Mumbai, keep following GutshotMagazine.com.