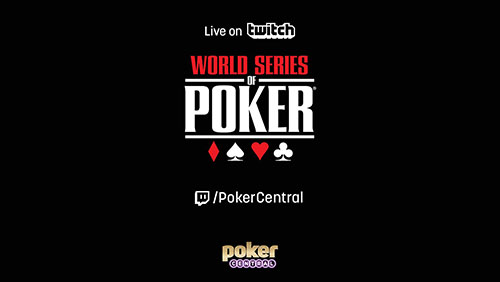 
Just around a week back, poker entertainment and media company ‘Poker Central‘ made the announcement that its dedicated streaming platform ‘PokerGO‘ will live stream certain events from the 2018 World Series of Poker (WSOP). PokerGO will be streaming live events between 2 June to 17 July, including the $10,000 Main Event and the Big One for One Drop tournament.

They recently released the entire schedule for live streaming on PokerGO and have now gone one step further to partner with another live streaming platform, Twitch, ahead of this year’s World Series. Twitch.tv is a popular streaming video site used across the world by poker players and gamers.

Twitch is set to bring live streaming coverage of 31 WSOP tournaments and 25 final tables between 2 June and 14 July, and all of these will be broadcasted on https://www.twitch.tv/pokercentral. You can also find some of these streams embedded within Gutshot’s coverage of major tournaments during the 2018 WSOP.

“Year after year, our goal is to provide the highest quality poker content to as large an audience possible. To that end, we’re proud to work with our long-time partners at Twitch to produce and distribute additional coverage of the WSOP – the preeminent tournament series in all of poker,” said Poker Central VP of content, Sam Simmons.

Poker’s viewership on Twitch has grown over the years since its debut in 2014 and this new partnership could be a huge boost to these numbers. We’re excited to see the WSOP coverage on Twitch this year and David Tuchman is set to be the lead commentator for these live streams.

Twitch head of poker partnerships, Farhan Ahmed, had this to say about the association, “The Twitch community thrives on interacting with the best players and witnessing the best plays in poker. Since poker has continued to grow significantly as a content category on Twitch and the World Series of Poker represents one of top levels of competition the sport has to offer, it’s exciting to bring it to our passionate poker fanbase.”

Keep reading GutshotMagazine.com for regular updates on the 2018 World Series of Poker.