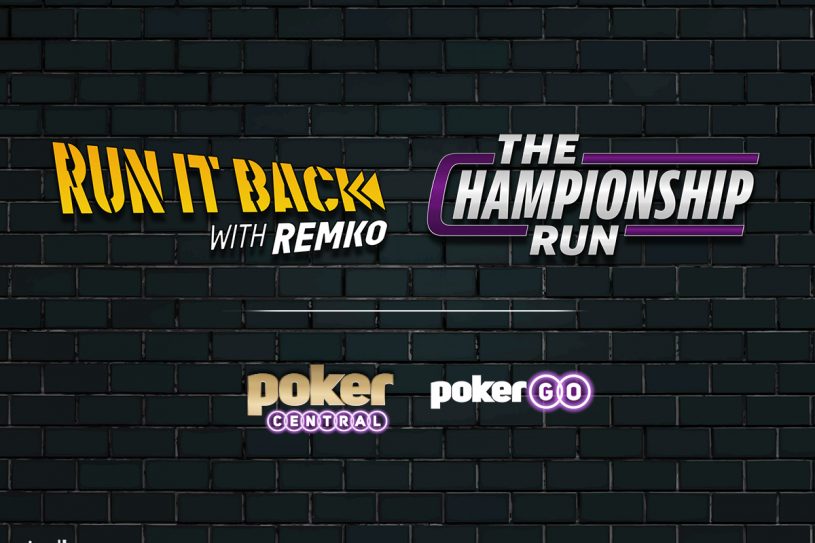 
With the spread of COVID-19 at an alarming rate, the government across the globe have forced their citizens to stay safe at home. Coronavirus has left a huge impact on the live poker tours, cancelling and postponing majority of the festivals which was about to take place during the first half of 2020.

To make the most of your isolation, Poker Central came up with two new original series, The Championship Run and Run It Back with Remko. These shows would provide the best collection of poker content that the world has ever seen. The former was premiered on Thursday, 26 March and the latter released on Friday, 27 March.

Both new programs will feature commentary on legendary poker cash games and tournament as poker stars down key hands and strategic gameplay. The Championship Run highlights the iconic poker victories throughout the year. As the PokerGO host Jeff Platt walks the audience through the momentous hands that led to victory. In the first episode, Platt analyzed Chris Moneymaker’s groundbreaking WSOP Main Event victory from 2003, widely recognized for launching The Poker Boom of the early 2000s.

The second show, ‘Run It Back with Remko’ was presented by Remko Rinkema and features an interview with major poker players where they look back at some classic poker footage. The first episode featured six-time WSOP bracelet winner Daniel Negreanu commenting on the footage of players such as himself and Phil Hellmuth.

“Poker players and fans are hungrier for content than ever before, especially in a time when we are all seeking entertainment from the safety of our homes,” said Sampson Simmons, President of Poker Central. “These two series celebrate some of the most compelling moments in the game’s history coupled with present-day poker insight and analysis. Our goal is to bring the spirit of the game to our viewers at home.”

Both these programs will be released on a weekly basis and fans can view all-new footage for free for a month. For more updates on industry news and gaming, keep reading GutshotMagazine.com and stay tuned!