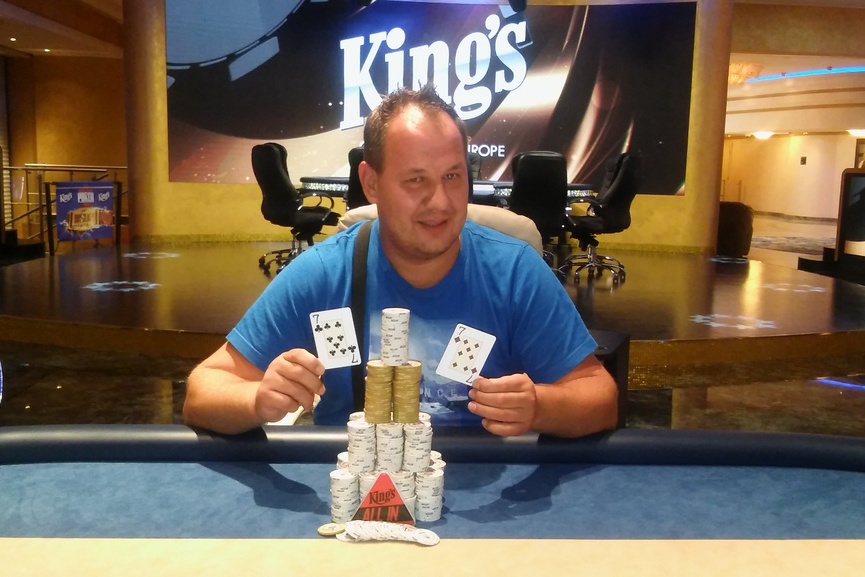 
The Indian Poker Series (TIPS) made its debut at the Kings Casino in Rovadov, Czech Republic, which is the biggest casino in Europe. Scheduled between 15-20 August 2018, the series was launched keeping in mind those Indian players who can’t afford the high-stakes poker tournaments that are usually played overseas, with buy-ins in this series as much as you would pay for tournaments in Goa.

The series was an idea by Indian poker players Jaydeep Dawer and Manish Goenka, and is one of many more to come, with TIPS Season 2 already being planned with bigger guarantees in the pipeline. To kick off the series, the TIPS Welcome Event was played yesterday, with a buy-in of €80 and a guaranteed prize pool of €10,000.

120 entries registered to the tournament and the Indian participation was expected to be much higher than other tournaments that are played at the Kings Casino in Rozvadov. A new prize pool of €12k+ was created and the top 17 players were awarded prizes, with a minimum cash prize of €197.

This tournament was just the start of many to come, including the €100,000 GTD Main Event, which will take place later. Prior to this event was the popular Kings Cup which was hosted at the same venue and the top placed Indian player was Sameer Tavanandi, who finished 20th for €470 in the Main Event.

Keep reading GutshotMagazine.com for similar updates from The Indian Poker Series in Rozvadov.