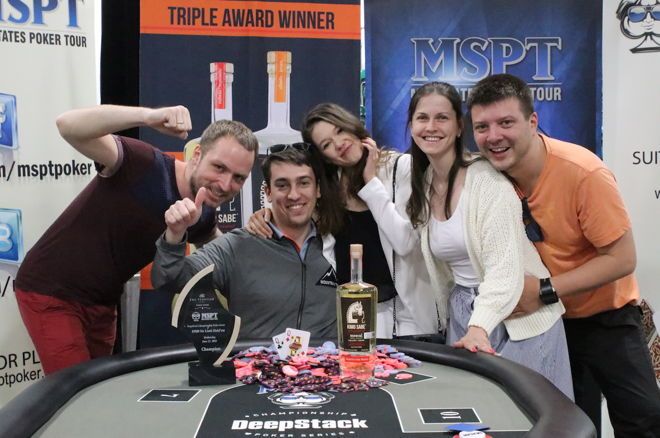 
Earlier this year, Moldova’s Pavel Plesuv made headlines when he reached heads-up of the partypoker MILLIONS Germany Main Event against online poker legend Viktor ‘Isildur1’ Blom. Blom made a heroic call to ship the tournament and Plesuv finished in second place for a career-best $924,841.

Now, Plesuv was in the news again, this time in Las Vegas. He took part in the $3,500 MSPT (Mid-States Poker Tour) Main Event of the DeepStack Championship Poker Series. He topped a massive field of 1,096 entries to ship the tournament and take home a prize of $640,062 for first place. Poker players from several countries were a part of the final table.

A $3.5 million prize pool meant that the top 117 players were paid out a minimum cash prize of $6,664. The 6-day event ended on 30th June and while Plesuv ended with the second-best cash of his career, a couple of Indians ran well in the tournament as well – Shashank Jain finished 69th for $9,119 and Kavin Shah finished an impressive 12th place for $49,101. We congratulate these two on their impressive performances!

This also turned out to be Shah’s career-best live cash after $27,743 he earned last year for finishing 446th in the prestigious 2017 WSOP Main Event. After this MSPT cash, he will be confident going into the 2018 WSOP Main Event and may event cash out higher than what he did last year.

We’re expecting a record Indian participation at the WSOP 2018 Main Event, Day 1A of which kicked off earlier today. Stay tuned to GutshotMagazine.com for all updates on the same!