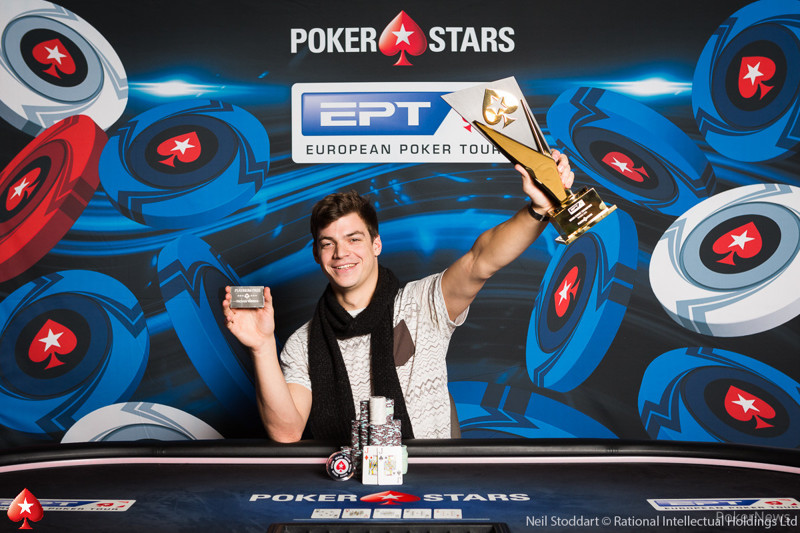 
PokerStars LIVE’s 2018 European Poker Tour (EPT) Prague went into the books yesterday. The 12-day festival was held in Casino Atrium in the Czech capital of Prague. The series started on 7th December, and some of the winners of the action-packed events in the series include Akin Tuna, Matthias Eibinger, Thomas Boivin and Boris Mondrus.

2018 EPT Prague’s €5,300 Main Event was the central attraction of the series. The Main Event had two starting flights and five days to follow. The 7-day long event attracted a total of 1,174 entries who collectively paid the buy-in to create a colossal €5,870,000 prize pool.

Beating such a strong field and finishing 1st was the German poker professional Paul Michaelis. He took home the lion’s share of €840,000 (INR 6.7 Crores) out of the 3-way ICM chop that happened between him, the runner-up Ukraine’s Artem Kobylynskyi and Russia’s Alexandr Merzhvinskii who took home €571,910 and €631,500 respectively. Michaelis also bagged the $30,000 PSPC Platinum Pass, and he’ll be all excited for the series which begins next month in The Bahamas.

The final day of the Main Event saw Michaelis enter with the chip lead, among the final 6 players. The first player to bust at 6th was Canadian online grinder and popular Twitch streamer with over 90,000 followers, Parker Talbot, who had about 30 big blinds entering the day.

Kobylynskyi later busted Carlos Branco and surpassed Michaelis in chip counts. The 4 remaining players then opted to take a break for negotiations for a possibility of an ICM deal, which failed to materialize and they started the four-way gameplay.

Luthuania’s Laurynas Levinskas busted to Michaelis at 4th place when the eventual champion turned a set of eights putting him in the lead again. The deal took place after this and they continued playing for the title. 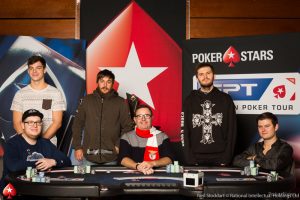 The heads-up saw Michaelis leading by 2:1 but it proved to be a short affair. The last hand saw Michaelis with pocket Jacks against Kobylynskyi’s pocket Tens and the board didn’t matter much, and Michaelis took home the title with his superior pair.

Talking about his lead, he said, “Once you’re such a big chip leader, it’s the nature of the game that you can put so much pressure that it goes this way or it goes wrong,” a timeless fact about this game.