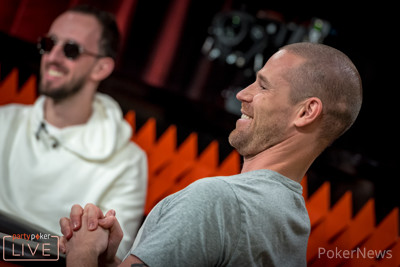 
Triton Poker hosts Super High Roller series in various venues around the world and they are fresh off a very successful series at the Landing Casino in Jeju, South Korea, Now, they have moved to Casino Sochi, where Triton Poker will host two events in association with the ongoing partypoker LIVE MILLIONS Russia series.

The RUB 3,000,000 (~$50,000) High Roller was the first of these two tournaments to take place in Sochi and Day 1 of the tournament attracted a total of 37 entries, coming close to the RUB 120 million guarantee, with the late registration period still on. Day 2 will resume in a few hours from now, with this period lasting for 3 levels of 45 minutes each.

Finnish poker pro Patrik Antonius was unstoppable in this tournament, making an entry very late but tripling his chip stack within an hour of sitting down at the tables. Antonius is a very popular face in the High Roller circuit and he has had a brilliant 2018 so far, winning a partypoker LIVE MILLIONS Germany SHR and also finishing second to Justin Bonomo in the inaugural SHRB China event.

Antonius eventually ended the first day of play as the chip leader, ahead of Johannes Becker, who also won a partypoker LIVE MILLIONS Germany SHR event in February this year. Antonius has over $11.3 million in live winnings and will be wanting to increase that number, while Becker will be wanting to add to his total winnings of $2 million as well.

There were many other top world pros in attendance like Ivan Leow, who recently won the Triton HKD 500k Short Deck Event in Jeju; Timothy Adams, Philipp Gruissem and Koray Aldemir also progressed to Day 2. Triton founder Richard Yong also progressed with a stack of 61,500, while co-founder Paul Phua was ousted in one of the last hands of the day.

Keep reading GutshotMagazine.com for an update on who goes on to win this Triton Poker High Roller tournament in Sochi.