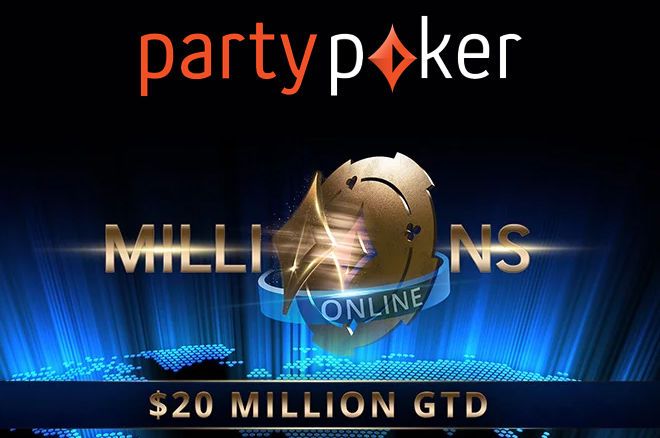 After five starting flights for the event, from November 25th to December 4th, the massive field of 4,367 entries (2,190 unique) emerged in all and created a jaw-dropping prize pool of $21,835,000 (~INR 155.12 Crores) for a buy-in of $5,300. The amount broke the already record-breaking guarantee of $20 million, the largest prize pool ever to be declared in online poker history.

The first starting flight Day 1A, held on Nov 25, attracted a field of 1,574 entrants, covering almost 40% of the $20 million prize pool. This became partypoker’s biggest ever starting flight in their online as well as live history.

Day 1B was held on Nov 29 but saw a relatively small field of 484 entries. There were concerns about the room missing the prize pool by a large margin, because it didn’t even surpass the halfway mark. The remaining $9.7 million figure was to be covered in the next three flights.

Day 1C ran on Sunday, Dec 2, and saw another huge field of 1,112 emerge and added another $5.5 million to the pool, making it well over $15 million and already acquiring the title of being the biggest online poker tournament in history.

Day 1D saw yet another decent turn-out of 707 entries but didn’t yet cover the guarantee. Day 1E, the final flight was a turbo event and needed only 123 entries to reach the guarantee but instead attracted 490.

partypoker now holds the record for the biggest online poker tournament, ending the dominance of PokerStars of over a decade, when it set the record in December 2011 (PokerStars’ 10th anniversary) and drawing 62,000 players to create a $12.4 million prize pool.

The event is a massive achievement for partypoker as well as the game of poker in general. With this kind of prize pool being created, the future of poker is in good hands, gradually progressing forward in the worldwide gaming industry.

Keep reading GutshotMagazine.com for more tournament related news and general poker news from around the world.