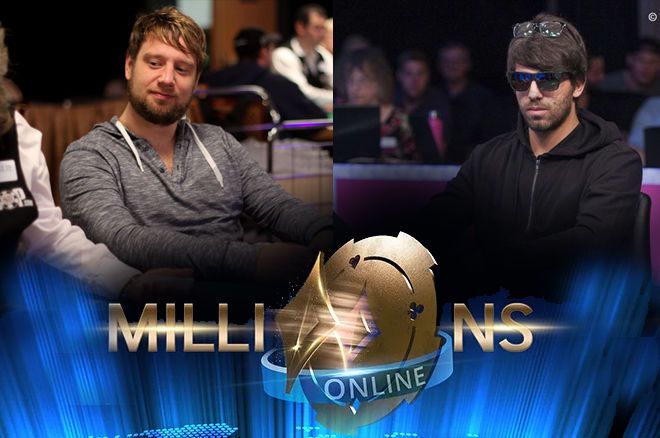 
partypoker MILLIONS just concluded its record-shattering online tournament which had a guaranteed prize pool of $20 million. The impressive fact is that this guarantee was crushed by a sizeable margin, creating the historic prize pool of $21,835,000 (~INR 155.12 Crores), attracting a total field of 4,367 entries from all five starting flights from November 25th to December 4th.

Yesterday saw the final day of the tournament with 29 determined souls fighting for the colossal cash prize. The champions to emerge from this iconic tournament were two final players, Portugal’s Manuel ‘Sheparentao’ Ruivo and Pim ‘ForMatherRussia’ de Goede. They both conferred upon an ICM chop which awarded both $2,329,944 and $2,309,995 respectively.

The chip leader entering yesterday was Mexico’s ‘wheatforsheep’. Each player yesterday was guaranteed a cheque of $65,505 at the beginning. ‘NOCOINER‘ from Belgium was the first to bust at 29th place. He had a KJs against Ace-king held by the Estonian ‘depo777′.

After some action-packed poker, the 8-max Final Table emerged after Ukraine’s ‘senchilko’ (9th – $218,350) jammed Ace-queen but was unable to survive against de Goede’s Ace-jack. The chip leader on the Final Table was the Portuguese player Pedro ‘Maddonaa’ Marques, on partypoker under a Dutch flag, closely followed by wheatforsheep, Canada’s ‘COL_Moutarde”, and de Goede.

First casualty on the Final Table was Lithuania’s ‘originALUS’, a blow dealt by Marques. wheatforsheep, COL_Moutarde, ‘j2805667’ were next in line to bust. The remaining four at the table were sure to take a hefty 7-figure amount out of the prize pool.

One player, Solvenia’s ‘Scarmak3r‘, who qualified into the partypoker MILLIONS Online for just $5, managed to finish 3rd at the Final Table, converting his peanuts into a 7-figure dollar figure of $1,364,688. Talk about ROIs.

Entering heads-up, Ruivo was a tiny bit ahead in chips. De Goede suggested an ICM deal and Ruivo quickly accepted. Ruivo bagged the title of the second-ever partypoker MILLIONS Online champion, taking home the biggest prize, while De Goede also cashed out $2,309,995, not so far from the 1st place money.