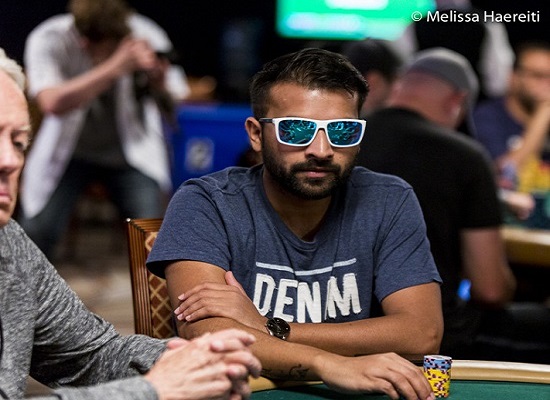 
Hopes of India winning a WSOP bracelet continued today as Aditya Agarwal was among the top stacks in the WSOP 2018 Monster Stack Event and Paawan Bansal was among the top chip stacks of the $1,500 NLHE Bounty Event. They have both been in the news for regularly cashing out in this year’s WSOP so far.

Agarwal continued his good run in the Monster Stack event, currently among the final 30 players, but Bansal was unfortunately eliminated from the Bounty Event, in 73rd place. He collected $2,952 as prize money and registered his 4th cash at the 2018 World Series of Poker.

This was Bansal’s lowest cash prize among his four cashes so far, as the prize pool was just a $2,675,700 one. Also, the field consisted of several past bracelet winners, so the competition in this tournament would’ve been pretty tough. From the original 1,982 entries to this tournament, we are down to the final 50 players as they take the final break of the day. Tomorrow, they will come out to play Day 3, for the top prize of $272,504.

Bansal has now accumulated over $57k in winnings at the 2018 World Series and seems to be a real grinder, reaching the second and third day of multiple events so far. Having ran very deep (124th) in the 2017 WSOP Main Event, Bansal will be going into this year’s Main Event on a hot run. Will he be able to beat his score of last year? Can we see Bansal return from Las Vegas with a gold bracelet?

Comment and let us know your views. Also, keep reading GutshotMagazine.com for daily updates on our Indian players at the 2018 World Series of Poker.