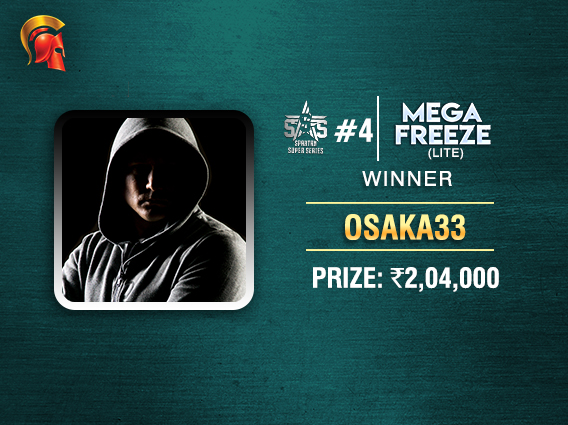 The winner ‘osaka33’ defeated ‘longshort’ in the final round of the tournament where the runner-up took home INR 1,38,550 for the finish. The Freezeout tournament saw many notable players taking part in the event and making deep finishes in the tournament.

The tournament ended in the Level #37 with blinds running 8,000-16,000-2,000 where the heads-up players osaka33 had [As Jc] and longshort had [Ac 8s]. Like many tournaments final hand this tournament saw a pre-flop all-in with 6c 7c Js Kc Ad which gave two pairs, Aces and Jacks to ‘osaka33’ and also the title of Mega Freeze.