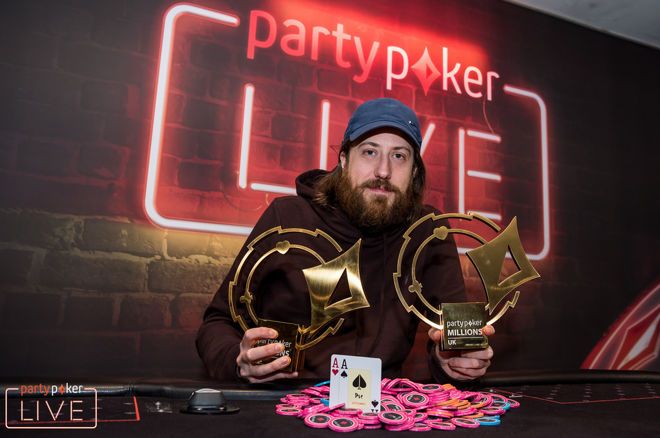 The biggest buy-in event at the festival of GBP 25,000, The Super High Roller, drew 51 entries, and Steve O’Dwyer came out victorious over an expectedly stacked final table that included many of the world’s high roller regs. O’Dwyer won GBP 450,000 (USD 592,000), his 44th cash of at least six figures, and a trophy to add to the slew of others he’s acquired in his sterling live poker career.

The closing High Roller had an entry of GBP 10,000 and saw a field 105 entries which was topped by Steve O’Dwyer. The final table was stacked with really good players which included Dominik Nitsche and Joao Vieira. Heads-up, O’Dwyer defeated Gianluca Speranza to claim his second trophy of the week. In total, O’Dwyer won GBP 764,000, nearly a million US dollars (USD 996,304), at the partypoker LIVE MILLIONS UK series.

O’Dwyer proceeded to finish the tournament in style in heads-up against Speranza. O’Dwyer started the heads-up with a 2:1 chip lead, but Speranza chipped up to be almost even; both had 50 million in chips in the 300,000/600,000 level. However, O’Dwyer turned things his way and Speranza found himself left with fewer than 10 BBs soon enough. Speranza called his final few bigs all-in with seven-three of spades, only to get shown the aces by O’Dwyer. The aces held up to bring a fitting conclusion to an amazing week for O’Dwyer at the partypoker LIVE MILLIONS UK event.

Steve O’Dwyer eliminated most of the players on the final table to win the tournament with authority. With these two wins, he closes in on USD 25 million in lifetime winnings over the course of his live poker career and will jump back in the top 10 of the Hendon Mob All-Time Money List, having overtaken David Peters.

Keep reading GutshotMagazine.com for more updates on the top poker tournaments from around the world.