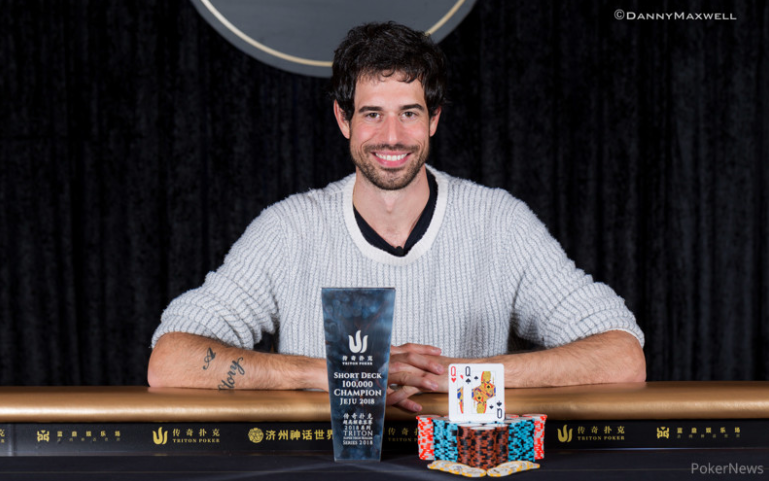 
A historic tournament series took place at the Maestral Resort & Casino in Budva, Montenegro in May this year. The Triton Super High Roller Series Montenegro saw the first ever Short Deck Ante Only event that was shipped by popular poker pro Phil Ivey for HKD 4,749,200 (~$604,992).

After the success of that last series, another Triton Super High Roller series has kicked off, this time at Jeju in South Korea. The high-stakes tournament series has been scheduled between 23rd July and 1st August 2018, and some of the best poker pros in the world will be in action.

Just four events have been scheduled during this time and we have arrived at the end of the opening event. The HKD 100,000 Short Deck Ante-Only began on 23rd and after three days of play, a winner was crowned. American pro Nick Schulman beat 61 entries to ship the title.

He earned HKD 2,135,000 (~$272k) for this effort and has taken his career live earnings close to the $11 million mark. The final 16 players came out to play earlier today and they all busted much earlier than we expected, with Schulman beating Malaysia’s Kenneth Lee in heads-up.

For Lee, this was a career-best live cash but was just another day in the office for Schulman. “I still don’t know how to play the game but every time when you play a lot of all ins and win every single one, that’s the way to do it,” Schulman said regarding playing the Short-Deck format.

He came back from a short stack to win the tournament, which was commendable. In the final hand, the flop opened 10-7-Q, which prompted Lee to go all-in on the flop. Schulman called it with pocket queens and the only thing that could save Lee was running tens. 9 on the turn meant the river card (A) was only a formality as Schulman was crowned winner with a set of queens.

Only 7 places were paid out (prizes in HKD):