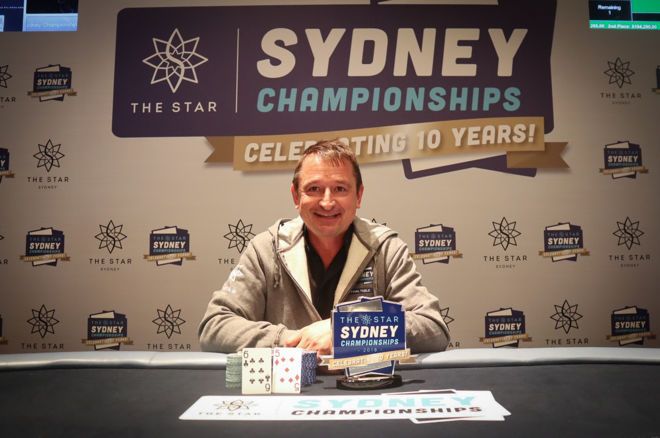 
The 2018 Sydney Championships is a poker tournament series held at the Star Poker Room, which would turn out to be a trailer to the Aussie Millions which will take place early next year at the Crown Melbourne. The highlight of the series was the AUD 3,000 Main Event and that has just come to an end.

Event #12: A$3,000 Main Event was the most-awaited tournament at one of the longest running annual poker tournament series of Australia, completing its 10th anniversary this year. The series began on 17th July and after quite a few side events and this main event, it concluded on 6th August.

The series was a massive success, with plenty of tournaments seeing massive field participating, including 1,108 entries registering to the AUD 500 Opening Event. The Main Event saw a vast field of 522 entries as well, that was created over the course of two days of starting flights.

At the end of the tournament, it was Australian local Nebojsa Blanusa who topped the field and took down the title to go with the top prize of AUD 314,265 ($231,827). The final table was packed with Australian players except Brian Lam (New Zealand), who lost to Blanusa in heads-up.

Blanusa has won a couple of live poker titles in the past, but this was his biggest score by a long way, adding to the approximate amount of $50k that he had in live cashes prior to this victory. Last year, he won the WSOP International Circuit Event #11: AUD 660 NLHE – Omaha.

Keep reading GutshotMagazine.com for similar updates on poker tournaments from across the world.