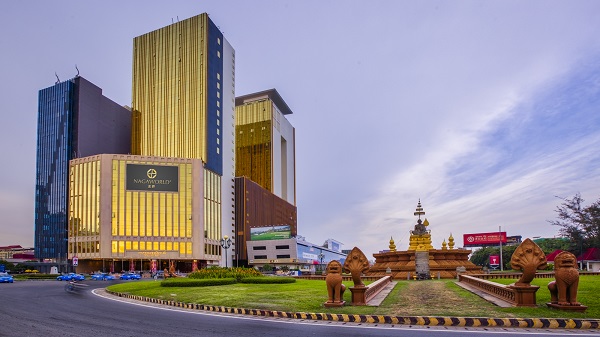 
The third phase of NagaWorld Casino Resort in Cambodia will be getting bigger than ever before! The expansion of the casino has been approved and the country’s biggest casino will be three times larger than NagaWorld and Naga 2 combined, called Naga 3.

The Naga Corp. is a famous gaming, hotel and casino operator from Cambodia that announced the plan to spend over $3.5 billion in order to expand this casino. The company got an approval from the shareholders who are in support of this development project.

Naga 3, a major expansion, will take place in Cambodia, Phnom Penh. The company’s CEO, Tan Sri Dr Chen Lip Keong abstained from voting, saying that it was important to maintain ‘good governance’, but still has decided to pay for half of the Naga 3 project.

Naga Corp. will invest in four 42-stories high towers that will include new hotels, residences, dining facilities, and other entertainment venues. The new resort will be built on a 7,757sq meter area of land. This new establishment has casino floors as well as a non-gambling area. 4,720 hotel rooms will be included in the project.

According to a report, a further purchase of 9,080sq meters has also taken place which would give way to shopping centers, virtual reality theme parks and other recreational areas. The project is going to be the largest private sector investment in Cambodia. Naga 3’s approval comes a couple of weeks after the recent ban on the online gambling in the country.

Naga 3 is to be the largest private sector investment which estimated that 18,000 people will be offered permanent jobs. This ambitious project will attract huge number of casino players which will ultimately profit NagaWorld. Its gaming license is guaranteed for the next 46 years, moreover, a monopoly guarantee for Phnom Penh city lasts another 16 years.

NagaWorld is a striking gambling hub for players from Thailand, China, Malaysia and Vietnam. Naga 1 opened in 2003 after which Naga 2 established in 2017, both connected via an underground shopping center named NagaCity Walk. Soon, Naga 3 that represents the third expansion will be linked to them.

To receive more updates on this world class casino, stay tuned to GutshotMagazine.com.