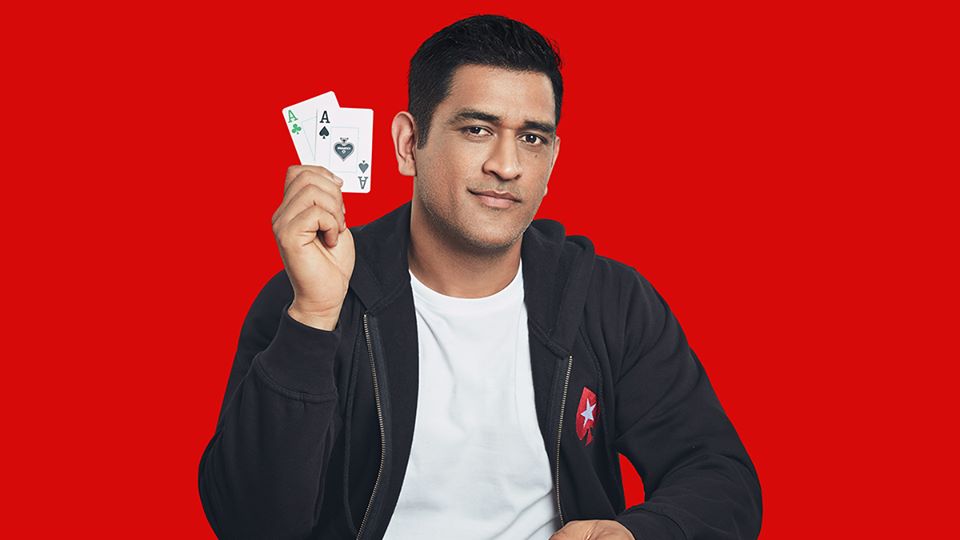 
It’s true that everything this man touches, turns to gold. In the cricketing world, there’s nothing the player hasn’t accomplished. Captaining India, winning them three international trophies (including 2 World Cups), breaking individual records, and proving his intelligence every single time he walked out on the field.

We’re talking about the legend MS Dhoni, former Indian cricket captain and one who has achieved almost everything at the highest level. In recent months, he’s been looking at other partnerships too, off the cricket pitch. His first move into the gaming world came in 2018 when he tied up with fantasy sports giant, Dream11.

Since then, even Dream11 went on to touch the sky, going international and partnering with the ICC as well. Now, it’s time for Dhoni to help another brand reach the sky, as leading poker website PokerStars India recently announced him as their new brand ambassador.

Prior to MSD, we had Nawazuddin Siddiqui endorsing the brand on social media and also television. PokerStars India also have a couple of poker ambassadors in Muskan Sethi and Sharad Rao, with their oldest poker ambassador Aditya Agarwal quitting the brand just a few months ago.

As per reports, the MS Dhoni deal was signed a while back but the launch was delayed because of the coronavirus scare and the postponement of the Indian Premier League (IPL) and other sporting events. PokerStars India took to their Facebook page to announce the new partnership just a few minutes ago.

PokerStars India has been going hard on marketing in recent months including having been associate sponsor of one of the most popular reality shows in the country, Bigg Boss. Apart from that, PokerStars branding has also been visible in taxis and public transport across the country.

The latest partnership will take them to new heights, as MSD is one of the most respected sportsmen not just in India, but in the world. For more updates on the deal and how Dhoni will be promoting the brand, stay tuned to GutshotMagazine.com.