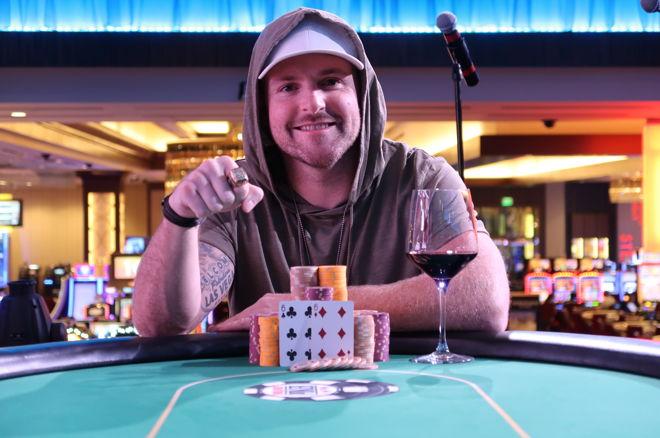 
Virginia’s Michael Jukich was busy playing a home game the night before the World Series of Poker Circuit Main Event at the Horseshoe Casino, Baltimore. He had no intentions of participating in the Main Event, but with a few friends offering to buy in some action, Jukich was on his way to Baltimore.

He played his first live poker tournament in February 2007 and despite a few final table appearances, he had not won even one live poker title, so you can understand his hesitation to play in this tournament. However, this turned out to be a very good decision, as the poker player walked away with his first title and a career best cash prize. Wonder how much he owes his friends now!

“The first hand of the day was kind of a disaster, but I went from 10k to 300k in like four hands. I just kept speaking to the guys in my group chats and they kept me positive,” said Jukich to WSOP officials at the event. He almost doubled his live poker earnings with this win, and we’re guessing he will want to play the next WSOPC event at Harrah’s New Orleans as well.

He entered heads up with a 3:2 chip lead against Jeremy Stein and eventually, his pocket sixes turned out to be better than Stein’s A-K as the latter failed to improve when the community cards opened. Final results:

Keep reading GutshotMagazine.com for similar roundups of major poker tournaments from around the world.