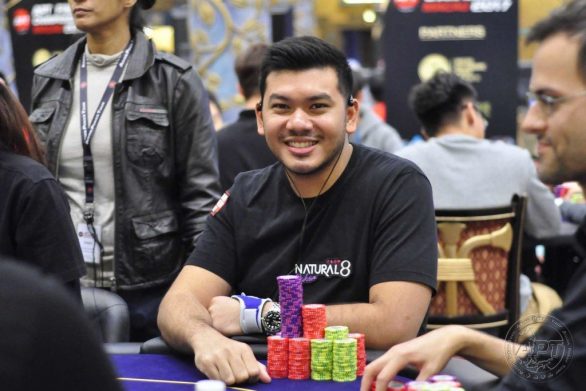 
Natural8 is one of Asia’s most popular online gaming platforms, offering many interesting and innovative games on their site. The site also hosts a wealth of multi-table tournaments (MTTs) and satellites to major Asian tournaments, along with cash tables being hosted every day to provide their players with a rich poker experience.

Natural8 has something called as Team Hot under its umbrella. The Team Hot is their team of professional poker players, who collectively possess a lot of experience, which is put into good use while developing the best gaming environment for Natural8’s players.

The company recently added the Asian poker player Michael Soyza to its Team Hot ambassadors. Soyza is a well-known name worldwide, having live cashes upwards of $3 million. His recent 1st place win was at the EPT Barcelona in August this year.

He was rocking the Natural8 insignia in quite a few tournaments lately, ahead of rumours about him joining the Natural8 Team Hot. But the rumours were laid to rest after the official announcement from Natural8 came.

Soyza began his poker career back in 2008, when his friend forced him to play a home game with miniscule blinds. After a three-year detour into the world of investment banking, Soyza took a leap of faith in the world of poker, and his faith paid off and started winning big. In 2017, he cashed out $650K+ in combined earnings and topped it up with six 1st place wins in 2018. The guy now ranks #15 in GPI (Global Poker Index) ranking and 6th in Malaysia’s All Time Money List.