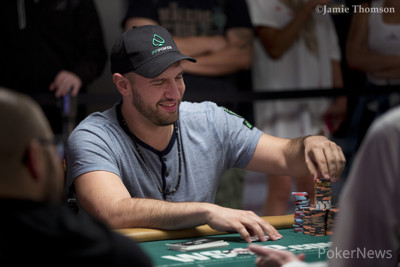 
The World Series of Poker itself is such a prestigious poker tournament series and events such as these are some of the biggest highlights of the series. Event #33: $50,000 Poker Player’s Championship kicked off a few days back at WSOP 2018 and just 12 survivors remain after 3 days of action.

The tournament had a high buy-in of $50,000 so you could expect only the best in the business to register to this event. Unlike the other huge fields we’ve seen so far, this tournament saw a participation of just 87 entries, but a handsome prize pool of $4,176,000 was created.

Florida’s Michael Mizrachi, also known as ‘The Grinder’ continued his good run and finished on top of the chip counts, after ending Day 2 as the chip leader too. The field was fully packed with past gold bracelet winners, so you can understand how tough the tournament will be. Only 2 from the final 12 haven’t won a gold bracelet in the past.

Mizrachi loves this contest, having won WSOP Poker Player’s Championships more than once in the past, winning 7-figures prizes that have all added up to the $15.7 million he has earned in live poker cashes. 10-time bracelet winner Phil Ivey could be his biggest competition when they return tomorrow, currently fourth in the chip lead.

Brian Rast is also among the mix, already having won one bracelet this year. Top poker pros like Justin Bonomo, Daniel Negreanu and Jason Mercier were also among the mix, but they busted out today. The top 14 players are to be paid out a minimum prize of $72,500 which means the pay-outs have already begun in this tournament and tomorrow will be an exciting day of play.

Keep reading GutshotMagazine.com to know who ships this tournament and for a summary of other WSOP tournaments as well.