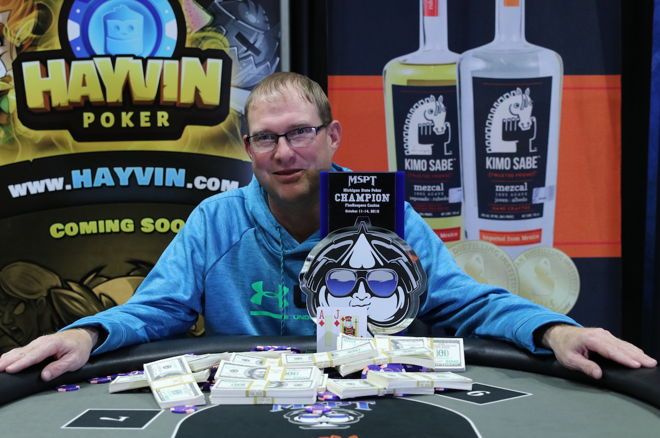 
The MSPT (Mid-States Poker Tour) is one of the better-known poker tours in the USA, with massive participation always being witnessed and large prize pools being created. One of their stops is the annual MSPT Michigan State Poker Championship, which has over the years become one of the larger tournaments in the Midwest.

The 2018 stop at Michigan turned out to be no exception as we saw yet another massive field of 1,271 entrants joining the tournament, each coughing up the $1,100 Main Event entry fee. The tournament was scheduled between 11-14 October at the FireKeepers Casino, Battle Creek.

The huge field meant that the $300,000 guarantee was smashed, being quadruped to an amount of $1.2+ million. While the field was mostly dominated by US poker players and eventually, 135 players finished among the pay-outs, where they all took home a minimum cash prize of $2,093.

Dominating this field and taking home the top prize of $218,565 was Matthew Stammen, who is 12 years older to poker pro brother and WSOP champion, Keven Stammen. This win was Matt’s biggest by a long, long way. Even though he first cashed in a live poker tournament nearly a decade ago, this win stands tall in his poker career, with just about $53k in live cashes before this.

Stammen didn’t have too much time after the victory, having to leave for a surgery. He said, “I asked them to put my surgery back just in case this happened. It was like it was all meant to be. I’ve got drop foot, so they’re going to cut a hole in my knee to loosen up a nerve. I’ll be off work the next 4-6 weeks.”