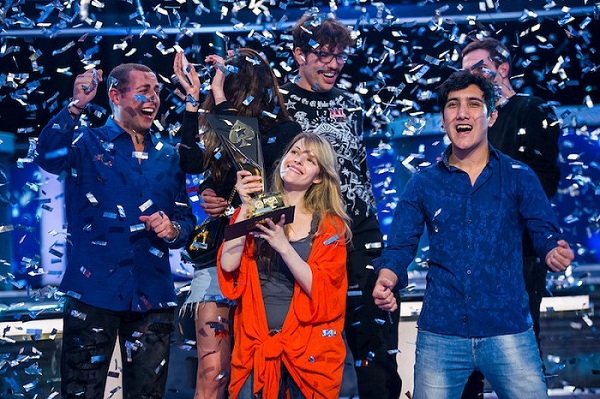 
The PokerStars Caribbean Adventure (PCA) 2018 kicked off on 6th January and the action there has been pretty exciting over the last 10 days. A few days back, we reported news about American poker pro Cary Katz winning the PCA 2018 super high roller event for $1,492,340. After that, all eyes turned towards the PCA 2018 Main Event.

The Main Event went on for 6 days and at the end of it all, it was Argentine female poker player Maria Lampropulos who shipped the mega event for the massive prize of $1,081,100 for first place. She outlasted a total of 582 players that included some of the best players in the world, to record her career’s second 7-figure win. Along with the prize money, she also wins a $30,000 Platinum Pass.

Maria went into heads up against Canada’s Shawn Buchanan and he walked away with the second place prize of $672,960 even though heads up began with him having a 2:1 chip lead. It was hand #107 on the final table when Maria’s 10-7 beat Buchanan’s K-5 as a 10 hit the flop, winning her the hand and becoming the first ever woman PCA Main Event winner over its 13-year history.

What this win has done is that it has taken Maria’s career live poker earnings to $3,875,854 and to the #2 spot on the Argentina all-time money list (overtaking Jose Barbero), now only behind Ivan Luca, who has also been her boyfriend since a long while.

For news on similar big wins and major tournaments, keep an eye out on GutshotMagazine.com!