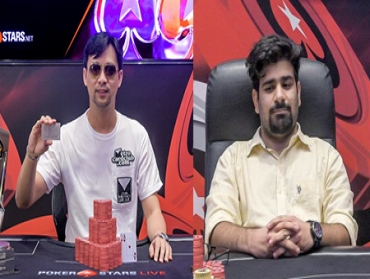 
It was an exciting rail for the Indian poker fraternity who were following the progress of the APPT National Event at the ongoing Asia Pacific Poker Tour (2018) in Manila, Philippines. But it ended in a little bit of heartbreak by the end of day’s play for India.

When we brought you an update yesterday from the APPT, Indian players Akshay Nasa and Jasven Saigal made it to Day 3 with a good chance of scoring a big win for Team India. While Saigal was eliminated in 22nd place for a payday of Php 1,30,000 (~INR 1.67 Lakhs), Nasa managed a super deep run ending on the final table and then later in heads-up for the title. A little bit of heartbreak for Nasa, his Indian supporters at the event and his followers back home, when he fell in second place to Filipino pro Marc Rivera who went on to claim the title in the big event. 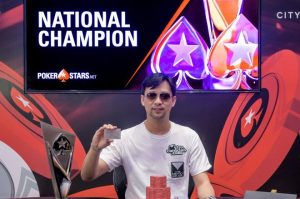 Rivera outlasted 829 entries to take home the lion’s share of the prizepool i.e. Php 4.5 million (~INR 60 Lakhs) for his win along with the title. Nasa would have to be content with his runner-up prize of Php 2.8 million (~INR 36 Lakhs). When Gutshot caught up with Nasa, he was still keeping his chin up and looking forward to the rest of the event with a lot of positivity. About his second place finish, he said, “Feels good to have a great score but pretty disappointed to miss out on the trophy and PSPC”.

And speaking about the champion, it took a gruelling two-hour heads-up battle for Rivera emerged victorious against Akshay Nasa to take top prize and the PokerStars Platinum pass which gets the winning player a fully paid package into the PokerStars Players NL Hold’em Championship (PSPC) taking place in the Bahamas in January 2019. Rivera came into heads-up with a chip lead of 11,9 million to Nasa’s 8.7 million chips. Nasa bridged the gap and even took the lead at one point but Rivera’s experience of 12 years shone through and he retook the lead. The final hand saw Nasa move all-in preflop with Ad 3h, with Rivera making the call with the dominating Ah 9h. Both the Filipino and Indian rails crowded around to watch the dealer fan out Kh 5c 9c 3d Ks on the board. When that river card came down, a huge roar from the local crowd signalled their local boy had finally sealed the win.

44 year old Rivera gave up his engineering job seven years ago to play professional and is regarded as one of the Philippines’ bright talents along with Lester Edoc and 2019 WSOP bracelet winner Mike Takayama. Rivera credited the latter for the additional inspiration on his way to this win, “We were all together during the World Series; that was the first time that Mike won a bracelet for the Philippines and it has inspired a lot of players, including me. It’s probably this inspiration that made me win in this event.”

This win marks Rivera’s largest ever career score and brings his total live tournament earnings up to over $252,000, moving him into the top ten on the Philippines All Time Money List.