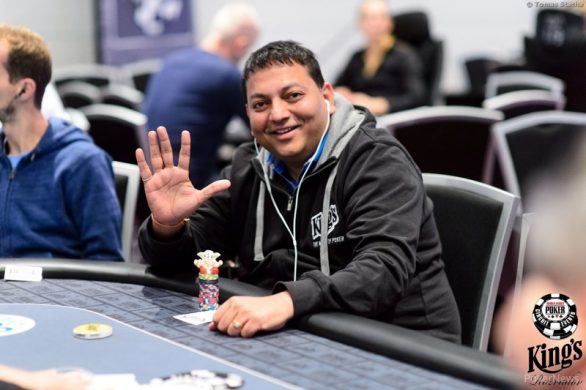 
The World Series of Poker (WSOP) is currently hosting another edition of their live tournament series away from home – at the Kings Casino in Rozvadov, Czech Republic. A number of tournaments have been lined up for the series, including a total of ten gold bracelets being given away.

The Colossus Event was a long tournament which came to an end yesterday, with Israel’s Tamir Segal taking away the top prize. The next to begin was Event #2, where 6 players will return to play down to the winner later today. The third tournament to kick-off was Event #3: €550 Pot-Limit Omaha 8-Handed and this was the first non-NLHE tournament to be played in the series.

The PLO tournament has two starting flights and Day 1A was played yesterday, with a total of 230 entries (152 players + 78 re-entries) registering in this first flight. 18 levels were played during the day and the field narrowed down to the final 21 survivors where Israel’s Dor Tal has an overwhelming lead with a stack of 643,000 chips.

Tal will be looking to replicate his countryman’s performance in the Colossus Event, but there’ll be plenty of other contenders also vying for the victory here, to get their hands on a WSOP gold bracelet. Team India is represented here by Manish Goenka, who had made it through to Day 2 but is very short stacked currently, with 98,000 in chips.

Day 1B will kick off later today and we can expect a similar field, if not a bigger one, and we’re expecting more Indian players to be among the mix as well. Keep reading GutshotMagazine.com for an update on this PLO tournament from WSOP Europe.