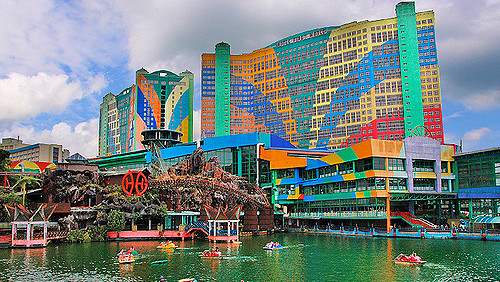 Malaysian VIP gaming tax likely to be set at 20%


The VIP segment in Malaysia will likely see a gaming tax of 20% implied on it, starting from Jan. 1, 2019. The news comes as a relief to the players involved in the industry, who feared a massive hike from its current level of 10% to 35%.

Malaysian Finance Minister Lim Guan Eng announced the tax hike to be imposed on Genting Malaysia during his budget speech, with the annual casino license fee to rise from MYR 120 million (~INR 201 Crores) to MYR 150 million (~INR 252 Crores) and the tax on gross gaming income to jump from 25% to 35%.

The two financial research firms UOB KayHian Research and Nomura International, said in research notes that Genting Malaysia is in a good enough position that an increase of taxes won’t affect its bottom line. They both took into consideration the fact that markets typically factor in price increases as they prepare their forecasts.

Genting Malaysia later stated that it “is assessing the full implications of the additional taxes and will take the appropriate next course of action which includes a review of its marketing expenditure and cost structure to mitigate the impact of the tax increases.”

UBO KayHian Research also weighed in on the issue, saying “Given that the negative impact from the gaming tax hike has been fairly priced in, and with the lower-than-initially expected VIP gaming tax serving as a pleasant surprise, investors may now refocus on Genting Group’s catalysts in 2019.”

Nomura also indicated in its note that the Genting’s earnings will more than likely continue to grow, even if a new tax structure is introduced to the gaming industry by the government.

This development is also estimated to positively impact Genting Malaysia’s share price, which had fallen 20% since the Finance Minister’s budget speech. Genting Berhad’s share prices has also fallen by ~3% since the speech.

UOB KayHian further stated, “We continue to expect Genting Malaysia to conduct cost-cutting measures to mitigate the impact of the tax hike. However, we have revised down our assumption of the annual 2019-2020 cost cut from MYR200 million to MYR100 million”.