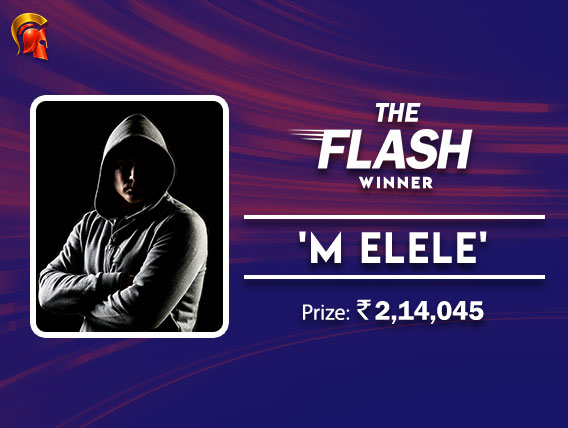 ‘m elele’ wins The Flash on The Spartan Poker


Featured tournaments take place on The Spartan Poker daily and yesterday being a Thursday, it was time for the INR 10 lakh GTD ‘The Flash’ tournament. With the IOPC recently ending, a lot of new players have come on board and this led to the guarantee being beaten once again.

Yesterday’s tournament was a relatively shorter one, beginning at 7:30pm IST and wrapping up a little over 4 hours later, before midnight. A total of 255 entries registered to the tournament and the guarantee was beaten, with the top 20 players being paid out a minimum prize of INR 13,668.

The winner was decided with a 3-way deal on the final table. ‘m elele’, ‘Strangeplay’ and ‘spectre’ were the final three players in the tournament, all three regular players on The Spartan Poker as well. spectre finished 5th on the recent IOPC Leaderboard, while m elele was also an IOPC title winner, winning over INR 4 lakh in prize money.

The tournament came to an end in Level #35 with the blinds running at 6,000/12,000 – 1,500. m elele had a huge chip lead over the others and was continuing his dominance on them. He raised with pocket Jacks and both players folded in what was the final hand, as a 3-way deal was agreed on.

With over a 4:1 chip lead over his opponents, Srihari Bang aka m elele was the clear winner of the tournament when the deal was made. He walked away with the top prize which was calculated to be INR 2,14,045, adding another 6-figure score to his poker bankroll. spectre finished in second place for INR 1,56,648 while Strangeplay finished in third for INR 1,50,016. 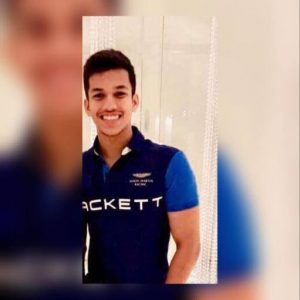 Gutshot caught up with Bang after the tournament to know more about him and his tournament experience. He said, “I was introduced to poker by my frieneds and used to play regular home cash games. Later, I was introduced to MTTs by my elder brother Pranav Bang.  I would even like to thank Akshay Nasa for always helping me out.”

“I would like to congratulate doomtrooper who came second.  He played exceptionally well keeping in mind ICM. He could have been busted during 3 way when there was a short stack involved when his JJ ran into my KK but he decided to flat my 3 bet and play post flop rather than jamming.  MTTs have been my passion and plan to play now and then. Thank you for your time,” he said about this tournament in particular.

Keep reading GutshotMagazine.com for an update on the big poker tournaments that will take place over the weekend.