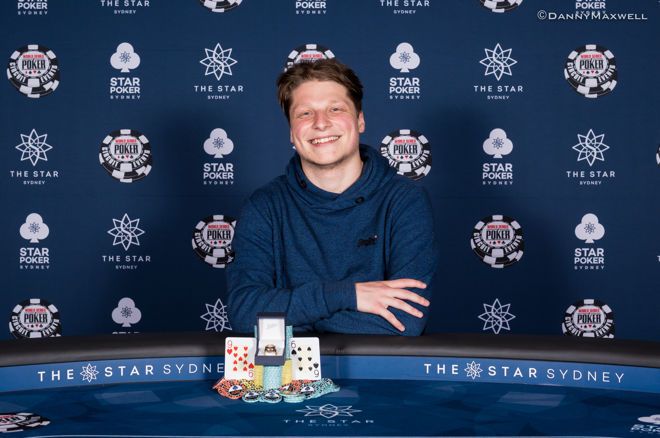 
The World Series of Poker (WSOP) is one of the biggest brands in poker world, which conducts high-stakes feature tournaments and circuits all over the world.

Earlier, WSOP announced their WSOP Circuit to arrive in the Harbour City of Sydney. The series started on 27th November, having 15 distinct events studded along the way, till the final day of 17th December. The series has a sizeable AUD 4.5 million (~INR 23.59 Crores) in guaranteed prize money,

The series just saw one of its featured tournaments, the AUD 20,000 High Roller, crown its champion at The Star Casino, Sydney. The event was shipped by Australia’s very own Luke Martinelli, taking home a staggering 1st place cash prize of AUD 356,250 (~INR 1.83 Crores), beating a field of 50 entries.

Martinelli sold a bit of the action to his friends to enter the tournament, and with just one bullet, he accomplished the task of going far ahead in Day 1 and surfing that wave up to the victory on Day 2. He also played a few satellites for the event but wasn’t fortunate enough to find a ticket in them.

Martinelli, satisfied with the win, commented, “It’s a really good tournament, I got to play with some really really good players.”

Day 2 saw a total of 9 players return to play the high value tournament, but only top 5 were going to be paid. The first two to fall were Robert Spano and Jason Pritchard, both of whom had the shortest two stacks. Player from neighbouring New Zealand Qiang Fu flopped two pair and sent Spano home as the first bust of the day. Pritchard also fell, not so long after, dropping to Martinelli.

Entering heads-up, Martinelli and Ebon Bokody started pretty even in stacks, but Martinelli rose quickly by calling Bokody’s bluff and further outsmarting him in some big spots. The final hand of the table saw Bokody shove it in with two pair on a ten-high turn board, but Martinelli had flopped trip sixes already and it was enough for him to bag the title when Bokody missed another seven on the river. 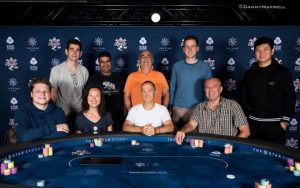 Martinelli spoke highly of his opponent, saying “He was a very aggressive opponent. He wasn’t afraid to pull the trigger. He was definitely putting me in some spots earlier on, but I pretty much had the nuts every time, so he kind of ran into it there. But I’ve seen him do it with other players and put them in the cage. So, he’s very tricky opponent and it was good to battle him.”

The Main Event Day 1C was also in the books yesterday, and Martinelli bagged the third largest stack on Day 1A of the Main Event, so he will also witness some future action. “Hopefully I can final table that and we can go back-to-back,” Martinelli smiled.

Keep reading GutshotMagazine.com for more tournament coverage, updates and general poker news from around the world.