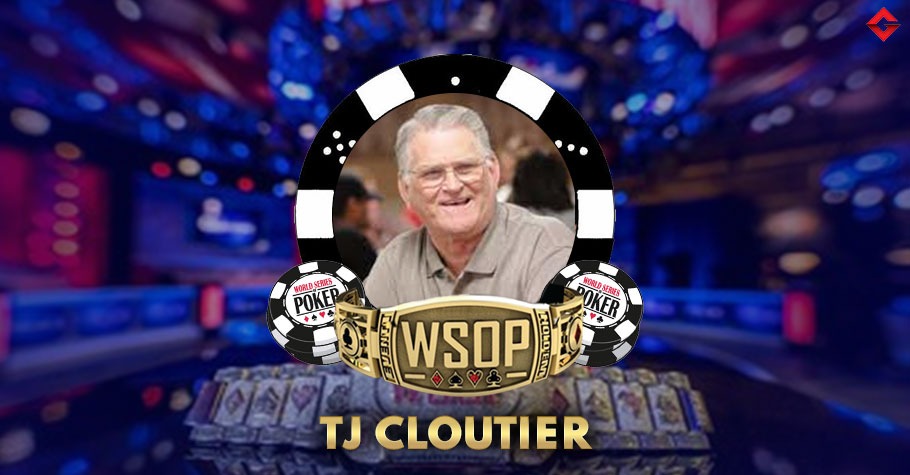 
The game of poker inspires people in more than one. And the love for the game makes people go beyond just playing on the tables. One such poker legend who has gone beyond grinding is TJ Cloutier. This pro was so inspired that he went on to write books about his favourite game.

His writing included expert tips and tricks to help players win different kinds of poker games. This six-time World Series of Poker (WSOP) bracelet winner has 69 impressive ITM finishes at the WSOP events. He has total live earnings of $10,444,516 in his poker career so far. His best live cash is $896,500 and he ranks 95th in the all time money list.

Apart from the WSOP, Cloutier also played at the European Poker Tour (EPT), and World Poker Tour (WPT). He was also inducted into the coveted Poker Hall of Fame in the year 2006.

Cloutier was born on 13th October 1939 in Albany, California. He was named Thomas James Cloutier upon birth. He attended the University of California located in Berkeley. He received an athletic scholarship at the university for playing football and baseball. Cloutier also played at the 1959 Rose Bowl tournament. Later, his family’s financial hardships forced him to drop out of school, unfortunately ending his education.

Cloutier later joined the US army. But somehow didn’t stay there for long. This American pro then started playing football professionally. He played in the Canadian Football League for teams like the Toronto Argonauts and Montreal Alouettes, but that too didn’t stick for long. An injury caused his football career to come to an end.

Later, Cloutier started a food company, but it wasn’t as successful, so he had to shut it down. Following a series of unfortunate events, his first marriage ended and Cloutier moved to Texas to work in oil rigs. While working there he occasionally played poker on his off days. Cloutier gradually realized that he was winning more money by playing poker than working in oil rigs. So he decided to quit his job and focus more on the game. Cloutier started playing poker when he was a caddie at a golf course and played poker after the rounds.

That’s how the poker legend was introduced to the game. Cloutier established himself as a notable player in poker, particularly in No-Limit and Pot-Limit Hold’em.

The six-time bracelet winner is the only person in WSOP history to have won events in three types of Omaha games, namely Pot-Limit High, Limit High, and Limit 8-or-Better High-Low split.

All the stats in this article are updated as of 10th March 2022!

Additionally, on four occasions history was placed in the list of top five players who made it to the WSOP Main Event. This includes Cloutier’s two runner-up finishes in 1985 against Bill Smith and in 2000 against Chris Ferguson, a fifth-place finish in 1988 and a third-place finish in 1998. In 2009, Cloutier was one of the players who were turned away from the Main Event, since the player registration was capped on that day.