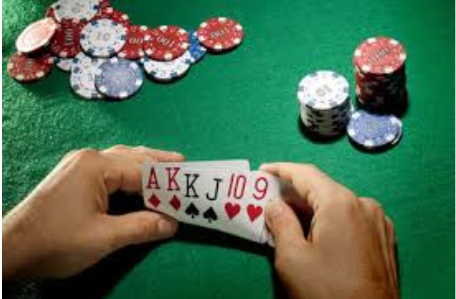 
If you have grown fondness for poker and looking out to exploring other variants, then your timing cannot be any better as we are here taking 10 minutes to let you venture out in the world of 5 Card PLO. After Texas Hold’em the most played game would be Pot Limit Omaha (PLO) following its success and popularity the poker world came up with another variation called 5 Card PLO.

For those of you wanting to stay far away from bots, this game is just perfect! An exciting variant of Omaha where players are dealt 5-hole cards and must only use two of them along with three cards from the community board to form the best possible hand. Sounds quite simple?!

If you are a beginner, it’s a good idea to get started by playing online. There are N number of platforms where you can brush up your skills and we would suggest grinding on FTRpoker without worrying about maintaing your poker face and attempting to read other players.

It’s a bewildering game where you will be dealt with AA/KK 8.3% of the time, but where some Kings can be significantly ahead of some Aces pre-flop. Its pre-flop structure is also very different from other games that you have played before. Here, straights and flushes are fairly common.

Now, if you are familiar with Omaha or Texas Hold’em then you already have a good grasp of the rules of 5-Card Omaha. Each player has to make five-card best combination from among the board and hole cards and bet on the same, But unlike, Texas Hold’em Poker, in 5 Card PLO, players cannot use all 5 five cards, and each player has to play from two of the five-hole cards with three community cards.

The dealer deals 5 private cards facedown to each player. The player to the left of the Big Blind starts the betting. Thereafter, all players are given a chance to call, raise, fold which is the Pre-flop round. The dealer deals three community cards face-up on the table and this round is called Flop. The betting action starts with the player to the direct left of the button and proceeds in a clockwise direction. One community card is dealt face up in the middle which is termed as Turn. Once again, every player is allowed to check, raise, fold. After the turn betting is complete, one final community card is death face up in the center of the table, which is called River, the final round of betting where if a raise is made, the betting continues. Ultimately, players open their hole cards and the one with the highest hand wins the pot.

You can master the game on FTRpoker where you will go through a smooth gaming experience and it will guide you through the basics of this variant. It was only last week that the site came up with an incredible 5 Card PLO bonus where you could have earned 120% cash back! Do not worry, there are plenty of surprises this April on the FTR which also assures the newbies to win big!