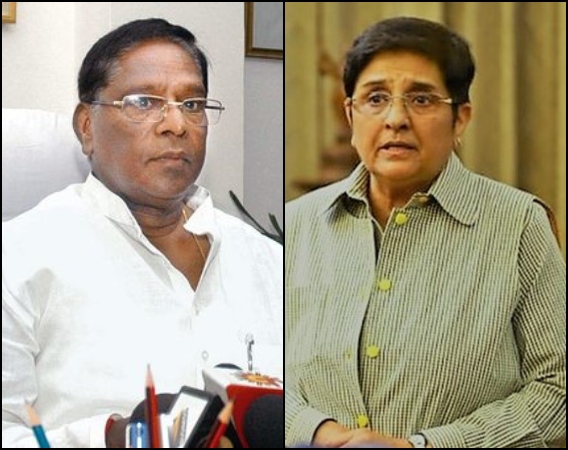 
We still have a long way to go when it comes to casinos and gaming in India. The year 2019 ended with the Puducherry government legalizing and permitting casinos in the region to promote the tourism industry. However, the Lieutenant Governor (LG), Kiran Bedi has sought opinions of the Centre on the Congress government’s proposal to introduce casinos in the Union Territory.

On 27 December, the elected government headed by Chief Minister V Narayanasamy made up his mind and accepted the decision to allow casinos in the state saying, “Puducherry is a tourist destination. We will do all that’s required to attract tourists.” At that time too, Bedi differed in opinion raising objections and associating casinos as “wolf of gambling” which should be far away from the spiritual and pristine Puducherry.

Narayanasamy has been mooting this idea since 2016 to open offshore casinos in the region in line with Goa casinos which would boost tourism and attract visitors from India and beyond. Earlier, the minister that permitted to allow casinos, lotteries, and breweries that would help the region, in the long run, to mobilize revenue for the fund starved administration.

In a WhatsApp text to the media on Sunday, comprising details of the number of files cleared last week, the former IPS officer said that she had referred on 17 February, the file received from the government seeking an amendment to the Puducherry Gaming Act 1965 to open onshore and offshore casinos.

While Bedi has been seeking that casinos should not be introduced as it is, “considered against the spiritual ethos and social fabric of Puducherry,” Narayanasamy led government has been insisting to open casinos and boost tourism. This difference in opinion would be sent to the Home Ministry as per provisions of the rules relating to the conduct of the business of the administration.

The Chief Minister has been criticizing Bedi for sitting on the government files for months now, the Lt Governor said 73 files relating to several subjects were cleared last week and the one relating to casinos has been sent to the Home Ministry for further consideration.

Bedi added that she had uploaded the details of the files in her WhatsApp only to ensure that transparency has been maintained by her office and for other officers to remain updated about the files. However, the entire step taken by the government to establish casinos has drawn a lot of criticism from various quarters including the CPI, a constituent of the Secular front headed by the ruling Congress.

For the latest updates casinos in India or poker tournaments taking place around the world, keep reading GutshotMagazine.com and stay tuned!