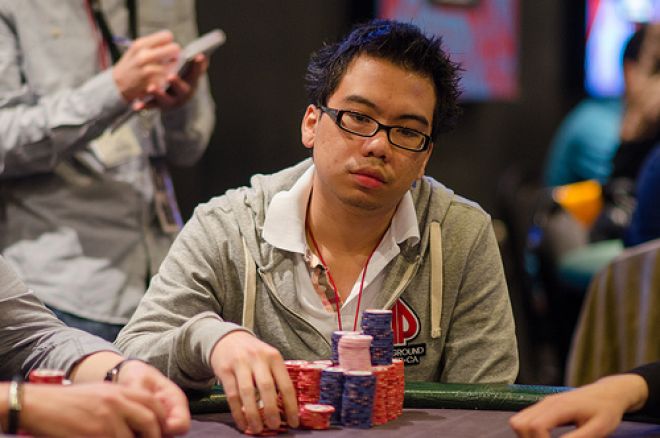 
PokerStars LIVE’s PokerStars Caribbean Adventure (PCA) is underway at Atlantis Resort and Casino, Bahamas. Three events are already in the books since the start of PCA on 5th January. The $50K Single-Day HR was won by Germany’s Rainer Kempe, the $25K Single-Day HR by Sean Winter and the most hyped event of all, the PokerStars Players Championship (PSPC) was shipped by a Platinum Pass holder, Spain’s Ramon Colillas for $5,100,000. Eight Indians had won the PSPC Platinum Pass but were all busted on Day 2.

On 10th January, the $1,100 PCA National hosted two starting flights attracting a total of 812 entries, out of which only 122 players made it through to Day 2. 1B saw the Canadian pro Chanracy Khun (pictured below in another event) emerging as the leader with 305,000 chips beating 296 entries in this flight. He is also the overall chip leader who will enter Day 2 of the PCA National.

Khun has total live earnings of over $900K and if he wins this event, he will add another title to his resume and a welcome amount to his live earnings. He made his career best live cash finishing 1st in partypoker WPT Barcelona Main Event way back in 2013 for $181,400. He even played at the 2018 WSOP Main Event Championship and finished 49th for another good amount of $156,265, making it his 2nd best cash prize.

One of the eight Indian PSPC Platinum Pass winners, Ramandeep Gujral, is also in the mix and is comfortably sitting above average in chip counts with 231,000 chips. He has a greater chance of shipping the event or at least finishing in the money. The entry to the PCA National is relatively cheaper compared to other events being hosted in the PCA.

Gujral is a well accomplished player online and live when it comes to the the Indian circuit. He won his Platinum Pass when his team, Mumbai Jetsetters, won the Global Player League (GPL) last year. He’ll be looking to win the $1,100 PCA National this time, which will make a huge addition to his bankroll and prepare him for the rest of 2019.

Among the known players who got busted in PCA National race were Maria Lampropulos, Manig Loeser, Ben Yu and 2018 GPI Woman Player of the Year Kristen Bicknell.

Keep reading GutshotMagazine.com for more PCA updates and results as well as for general poker news from around the world.