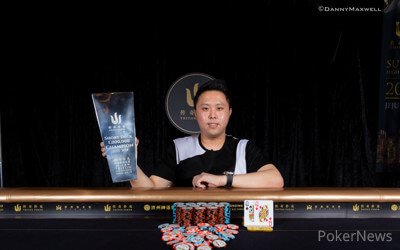 
After a successful stop in Montenegro earlier in the year, the Triton Super High Roller Series decided to have another series, this time on the island of Jeju in South Korea. Four high-stakes tournaments were held during this series, and we reported the news of David Peters winning the HKD 500k 6-Max Event earlier today.

There were just a couple of tournaments left to be completed and one of them was the HKD 1 Million Short Deck Ante-Only Event. Coming out to play Day 3 of this tournament were the final 3 players – Kenneth Kee, Richard Yong and Cary Katz. It was a spirited effort from Katz, who came back from a short stack in 3-way play to reach heads-up.

Katz and Yong also walked away with 7-figure scores from the $7+ million prize pool generated by the 60 registered entries. “Maybe, you should not gamble in some spots where you would normally gamble in cash games. It’s similar to no-limit hold’em tournaments. It’s a super new game. People haven’t figured everything out yet,” said Kee, who is primarily a cash-game player.

The Triton SHR Jeju series has now almost concluded, with just the Main Event left to be played. You can keep reading GutshotMagazine.com for more updates on the biggest and best poker tournaments from around the world.