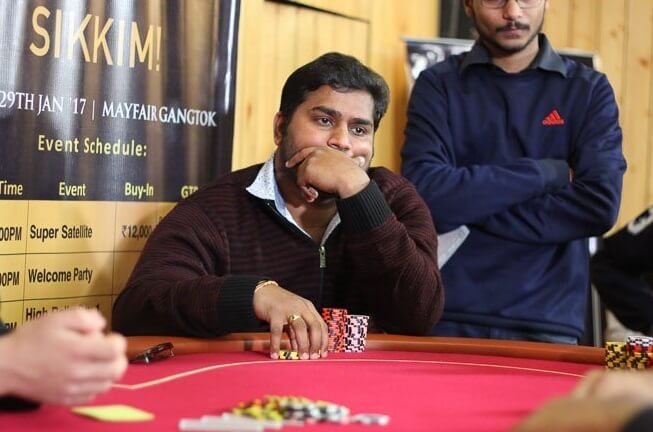 
It has been a fantastic month for Indian poker players in Las Vegas, not just at the 2018 World Series of Poker, but at other tournaments on the strip as well. Just recently, we reported news of Harshil Dhingra and Kunal Patni cashing big at a WPT500 event in Las Vegas.

Chakravarthy not only registered to the event but kept the Indian flag flying high in Las Vegas by beating a massive field of 2,532 entries and taking down the title. He had a lot of friends supporting him on the rail, as he reached the final day of the tournament and took a massive chip lead on the final table.

The guarantee was crushed a new prize pool of $1,291,320 was collected, which was distributed to the top 279 players. He got through a tough field including 2002 WSOP Main Event champion Robert Varkonyi. He won his first live poker title in Las Vegas and took home a career best live cash of $147,233 (~INR 1.01 crore).

Keep reading GutshotMagazine.com for more updates on major poker tournaments from around the world.