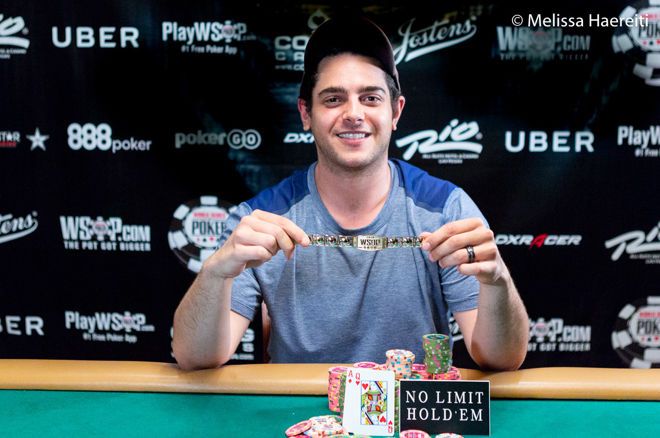 
It was a decade ago that USA poker player Jordan Polk first cashed out in a live poker tournament, but it was only until 2017 that he did the same again. After several cashes but no final table appearances, Polk has now done something that he probably wouldn’t have imagined – winning a WSOP gold bracelet.

All the focus is on the Main Event which has reached the final 3 players, but Event #72: $1,500 Mixed NLH/PLO was also taking place at the Rio All Suite Hotel and Casino, where Polk outlasted 707 entries to win the tournament and take home a career-best prize of $197,461 for first place.

“It feels unreal. It’s hard to even believe. It was a lot of hard work, but it paid off. While a good run is a necessity, good plans always help, and Polk came ready. I’ve been looking forward to this event for a while. I skipped a few events earlier this week just specifically to make sure that I was able to play this one,” Polk said after shipping this tournament.

“It’s nice playing against professionals. I love competition, that’s what makes me love this game,” he said, talking about sitting on the left of Daniel Negreanu, one of the best poker professionals in the world. Ultimately, he busted Negreanu in 29th place, when his Aces went up against Negreanu’s A-K.

Prior to this, Polk’s best live poker score was $18,340 which he earned for finishing 774th in the ongoing WSOP 2018 Main Event. We also reported the news of three Indians finishing in the money in this tournament, in Akash Malik, Mayank Jaggi and Kranthi Kiran.

Keep reading GutshotMagazine.com for regular updates on what’s left at the 2018 World Series of Poker.