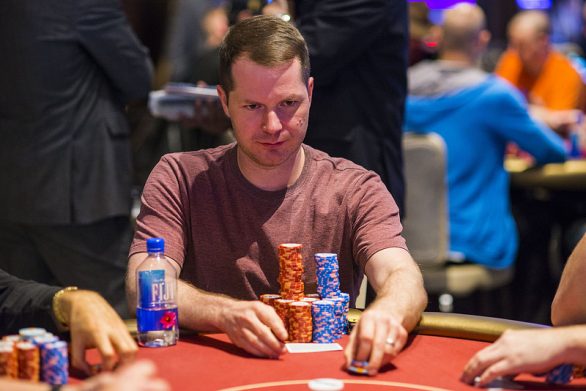 
The 16th Season of the World Poker Tour (WPT) has been running since slightly over a year, and we are down to just the last two events on this season’s schedule. The $10,000 buy-in WPT Bobby Baldwin Classic kicked off on 20th May and following this tournament will be the season-ending WPT Tournament of Champions.

The Bobby Baldwin Classic attracted participation from some of the best poker pros from around the world since it was being played at the ARIA Resort and Casino in Las Vegas. 162 entries generated a prize pool of $1,555,200 and 2-time WPT title winner Kevin Eyster bagged the chip lead at the end of Day 1.

62 survivors proceeded to Day 2. At the end of this second day, Eyster dropped down to number six while Jonathan Little headed the chip counts, with a considerable lead over the next best, Stephen Chidwick. We’re down to the final 20 players and there are some top names in the mix which should guarantee some exciting poker action over the next couple of days.

2015 WSOP Champion Joe McKeehen is fifth in the chip stack lead, while 14-time WSOP bracelet winner Phil Hellmuth is currently 11th among the last 20. It has also been a great year for UK pro Chidwick so far and it won’t be very surprising if he takes home the Bobby Baldwin Classic title. The players will come out on Day 3 to battle it out for the top prize of $387,580 (~INR 2.63 crore).

Jonathan Little is an American poker pro with nearly $7 million in live poker earnings, so he also has enough to experience to go on to lift the title too. Stay tuned to GutshotMagazine.com for all further updates on the WPT Bobby Baldwin Classic and other poker tournament from around the world.