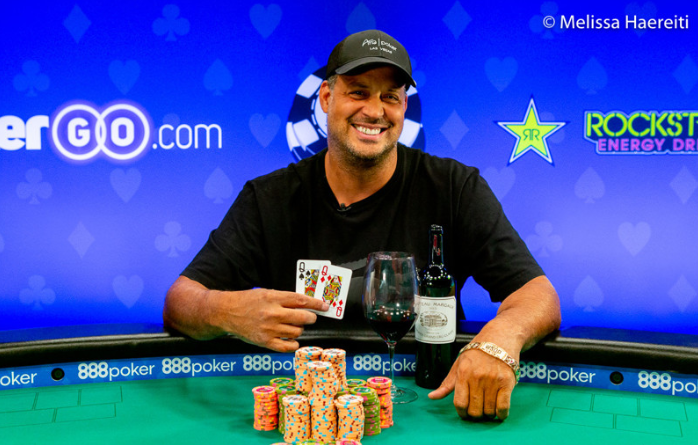 
The 2018 World Series of Poker is on in full swing at the moment, with all the buzz around the start of the much anticipated WSOP 2018 $10,000 Main Event. The most recent result from this series in Las Vegas was that of Event #58: $5,000 NLHE 6-Handed, where a winner was decided after 4 days of grinding.

Jean-Robert Bellande, poker player and reality TV contestant, came out to compete with the final 6 survivors on Day 4, from the original field of 621 entries. He had two previous runners up cashes at the WSOP so there was a lot of talk about him winning his first gold bracelet this time.

He tweeted before the start of the final table, saying, “All this talk of me trying to finally get my 1st bracelet is a bit of a monkey on my back. I’m just gonna keep having fun and making outrageous calls.” He eventually topped the final table and took home a massive pay-check of $616,302 for first place.

While it was his first gold bracelet, it wasn’t his highest live cash, having earned $784,828 for finishing second in the $50k Players Championship in WSOP 2015. His career winnings have reached nearly $2.9 million now. “Winning a bracelet in no-limit hold’em is an extra big surprise to me because it’s not my best game,” he said after taking down the title.

He beat Scotland’s Dean Lyall in heads up, who walked away with a career-best live cash of $380k, taking his career winnings to nearly $700k. Bellande began heads up with a 2:1 chip lead and after exchanging the lead several times, he was victorious in hand #228 of the final table. Lyall got a 3-pair on the flop but both turn and river went in Bellande’s favour.

Keep reading GutshotMagazine.com for more reports on major poker tournaments from around the world.