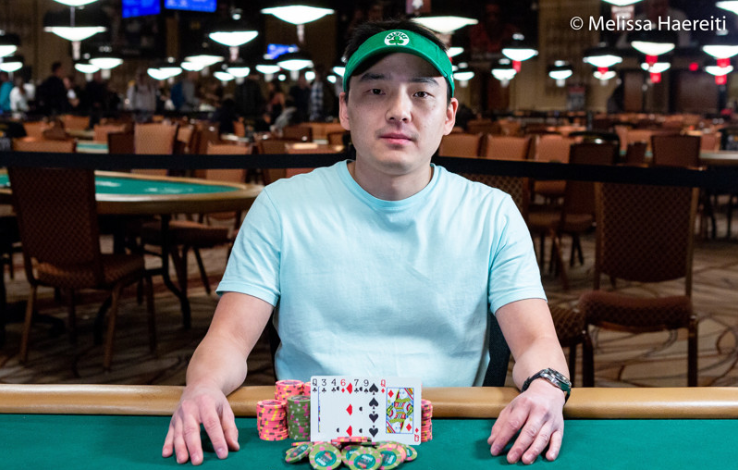 
The 2018 season of the World Series of Poker in Las Vegas has seen very few top names earning the big bucks, but quite a few new winners being crowned every day. Similarly, it was USA’s Jay Kwon who won his first ever WSOP gold bracelet yesterday, after having only 9 live tournament cashes in a career spanning 10 years.

Kwon earlier cashed out in the Colussus Event for $2,048 and his win yesterday turned out to be not just his first gold bracelet, but also his first ever live poker title, shipping Event #50: $1,500 Razz and taking home a career-best $125,431 for first place. Prior to this, Kwon had less than $50k in live poker cashes.

Razz is not a very popular format of the game of poker and after cashing out in WSOP Razz events in 2011 and 2016 and then shipping this tournament, Kwon can rightly call himself a ‘Razz specialist’ now. He beat Poland’s Dzmitry Urbanovich in heads up, who is another mixed game specialist with over $5 million in live cashes.

“Razz is like my favourite game, and I feel like it’s an underappreciated game and people get frustrated at it. But I love the game and yeah, this means more to me than a lot of tournaments. I started playing it and it was really interesting, so I kind of got into it and just started playing it a lot. I’m somewhat of a Razz specialist,” said Kwon after this Razz victory.

The event drew a total of 389 entries which created a prize pool of slightly over half a million dollars, proving that this format of the game is not very popular among the top poker pros of the world. However, it was still a pretty big accomplishment by Kwon and you can get similar poker success stories here on GutshotMagazine.com!