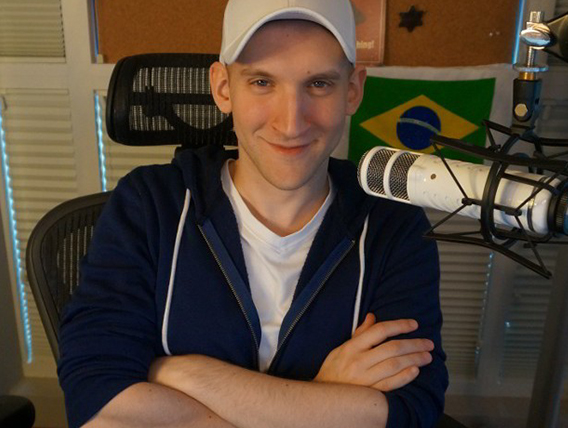 
One of the most well known pros in the business and a prolific online content creator, Jason Somerville who owns the Run It Up Studios, announced earlier this week that Run It Up will be in charge of various broadcast-related services to the site’s sponsored live streamers. Somerville is without doubt one of the leading player/personalities who has a massive following among poker players across the world. Run It Up’s studio will be headquartered and operating out of Las Vegas, Nevada.

“There are many resources and assets that I gathered for my own stream and I’ve decided to take all those lessons and resources and build them into a company that is able to help other streamers be successful,” Somerville told PokerNews earlier this week. “I know what it takes to run a successful Twitch stream and taking that same knowledge and resources, and offering it to others.”

Somerville’s live tournament cash prize winnings total over $3.6 million, according to The Hendon Mob. This includes a 4th place effort in the Aria $102,000 buy-in “Super High Roller” in 2014 for $1.3 million. Since that time, the native New Yorker has participated mainly in his self-sponsored Run It Up Reno events that he holds each year at the Peppermill Casino.

Judging from Somerville’s comments in that interview, it appears that the Run It Up Studios project will command a hefty commitment from PokerStars. Somerville and PokerStars see the facility as a one-stop shop for Twitch content producers from productions and graphics, to merchandise and administrative services. Essentially Somerville, a 2011 World Series of Poker bracelet winner, will be tasked with producing for PokerStars’ full roster of streams.

Their goal is to launch new individual poker broadcasters, and develop existing ones, all the while raising the profile of the game of poker across the globe and introducing more people to online poker live streams. As reported by PokerNews, the studio handles every step of the live streaming process. From production to graphics, to merchandise and administrative services, RIU Studios aims to be the one-stop shop for Twitch content production. “Jason is a pioneer, innovator and human content engine—which is why he’s so successful on Twitch,” said Eric Hollreiser of PokerStars. “Twitch Poker is an exciting new platform for poker innovation and community-building. We’re eager to build upon our partnership with Jason and to mine the vast PokerStars library of content, promote poker streamers and create exclusive promotions and original content for Run It Up.”