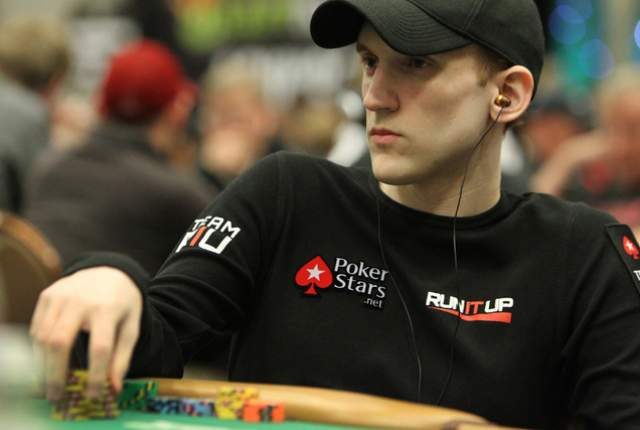 
The year 2019 came as a blow to each one around the world when the news flashed on the social media pages of top international poker pros leaving the major platforms and moving on to the other projects. Since the commencement of the year, a wave of ambassadors has quit PokerStars and once again the new year started in the same manner as PokerStars pro Jason Somerville announced that he is departing from the online poker room via Twitter.

The past two years saw a massive exodus of brand ambassadors from PokerStars, prominent figures like 6-time bracelet winner Daniel Negreanu who had been the company figurehead for 12 years, to Liv Boeree, Maria Konnikova, Barry Greenstein and Jaime Staples. High-stakes stars such as Ike Hacton and Bertrand ‘ElkY’ Grospellier have also walked away.

And that’s not it, last week the star poker player of India, Aditya Agarwal also parted ways with PokerStars India, a brand that he has been associated with over 5 years. He was the only Indian PokerStars ambassador before Muskan Sethi, Sharad Rao and Nawazzudin Siddiqui who joined in 2018. However, the 24-year-old, Rao has caught the public eye for being a regular Twitch live streamer.

On 2 January 2020, the Godfather of Twitch, Somerville recorded a brief but insightful overview of his reasons for leaving, the reason being his desire to concentrate more on his company RunItUp which he has been trying to build up since past two years. He also stated his developing passion for sports betting which will be included in his latest content. The United States player had been a part of the company since 2015 when the New Jersey online poker economy was rising, and the move was seen as a commitment to Twitch streaming by the site. Nonetheless, he is widely considered the first pioneer of poker streaming on the platform and paved way for countless others to do the same.

On his Twitter handle Somerville addressed the public Somerville saying that “I admire many of the hard-working people at the company and I have a lot of love for the many talented ambassadors that are out there creating content on Twitch, YouTube, social media, who are acting as live poker ambassadors building the game that we love. You guys are an inspiration to me.”

While the player didn’t confirm his next step, it is likely that he will be concentrating on RunItUp, having recently teamed up with NFL to host Thursday Night Football. Over the past few years, Somerville has accumulated a large team of streamers on his Twitch channel that displays 24 hours and 7 days a week. The brand has the potential to grow and 2020 could see even more exciting initiatives from his streaming company.

For more poker news and updates, as well as updates from the gaming industry around the world, keep reading GutshotMagazine.com and stay tuned!