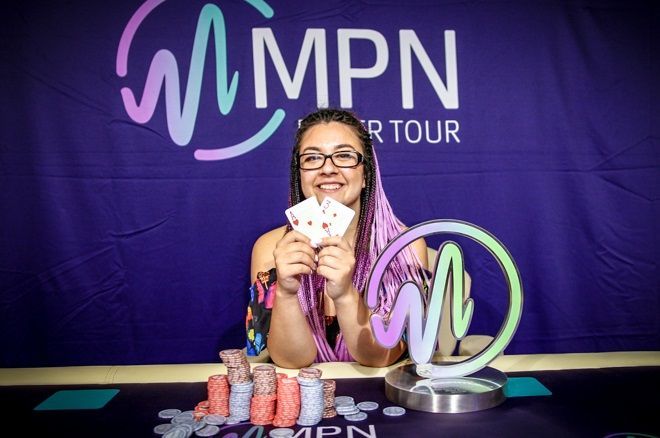 The Microgaming Poker Network (MPN) Poker Tour had successful live poker tournament series in Morocco and Bratislava earlier this year. Hence, they decided to go for another stop, this time at the Platinum Casino at Sunny Beach, Bulgaria. The MPNPT Sunny Beach Main Event had a guarantee of €150,000.

The €550 buy-in event was hyped slightly in India a couple of months back, with MPN India’s gaming platform called ‘Pokeryaar‘ awarding two lucky players the chance to win a package trip to play at the MPN Sunny Beach tournament. The winners were announced in Rahul Sengar aka ‘Laughingbuddha’ and ‘Dilshervirk’.

The Main Event was scheduled between 5-8 July 2018 and at the end of these 4 days of play, a winner was crowned. In fact, both winner and runner-up were local Bulgarians. Female poker player Iva Lazarova recorded her first live poker title and also her highest live cash of €26,900 ($31,354) for topping this field of 320 entries.

35 players were being paid out in this tournament, with a minimum cash prize of €1,200. Lazarova’s stack was down to less than one big blind when approaching the money bubble, so you can imagine what a dramatic comeback it would’ve been for her to end as the winner.

A higher prize was initially kept aside for first place but after three deals on the final table, Lazarova agreed to settle for what she got. She created history by becoming the first woman winner of the MPN Poker Tour, having agreed to a heads-up deal with Borislav Yosifov and then playing on for the trophy. The next major MPN Poker Tour series will be played in Malta in October, where a whopping €1 million guarantee will be up for grabs.