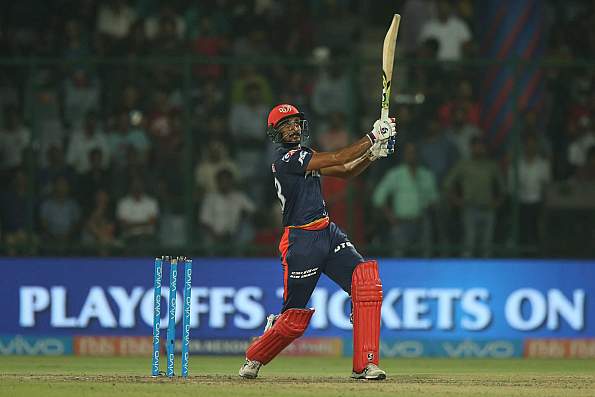 
Most would’ve called yesterday’s match a dead rubber as Chennai Super Kings had already qualified while Delhi Daredevils were eliminated from the tournament last week itself. However, Delhi had pride to play for and Chennai needed a win that would guarantee them that crucial finish in the top two.

Delhi lost the toss and were put in to bat at home, and they went in with the bold decision of playing with just three overseas players. They lost wickets at regular intervals and weren’t able to keep up a good run rate either. One would’ve expected a score of around 140-145, considering they were 102/5 in 15 overs.

However, we saw a brilliant little cameo from Harshal Patel, who ended with 36(16)* in an innings that saw a four and 4 sixes, including a massive final over of 26 runs off Dwayne Bravo. This gave them good momentum going into the innings break, and a respectable total of 162/5.

Chennai would’ve backed themselves to chase this, but the wicket was slightly slower than it usually is at the Kotla, and all but two CSK batsmen had a strike rate below 100 in the chase. Ambati Rayudu continued his brilliant form this season, scoring 50(29) but his wicket at 70/2 in 10 overs caused CSK a lot of problems.

MSD promoted himself to number 4 but he wasn’t able to cut loose either, getting 17(23) before Trent Boult dismissed him. The match then just dragged on as the required rate kept rising and Chennai ended with 128/6, 34 runs short of the target set by Delhi. CSK made another huge error in sending Billings and Jadeja ahead of the proven finisher, Dwayne Bravo.

Mishra and Boult picked up two wickets each, while Harshal Patel picked up a wicket, making it a match he won’t be forgetting anytime soon. Delhi will now be looking to end their campaign with another win in their last game on Sunday, but that won’t make any difference to their position on the points table. Man of the Match: Harshal Patel.