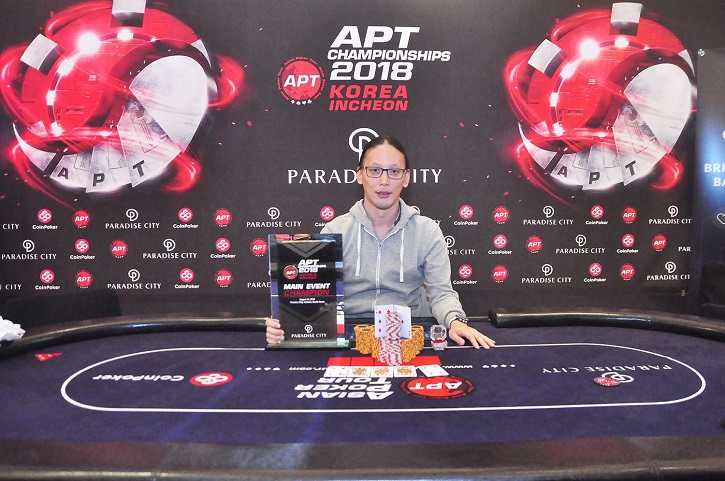 
The Asian Poker Tour (APT) is one of the biggest poker brands in Asia and they are always scheduling tournament series at various locations in the continent, where the top Asian pros participate each year. Their current stop is the APT Korea Incheon Championships, scheduled between 8-19 August.

The highlight events of this series were the APT Main Event and the APT Championship Event, which run back-to-back starting 10th August, for 5 days each. The series was a special one indeed for APT, marking their first ever series with the change to the Ante Big Blind format for all their tournaments, while it also marked their first series in association with online crypto-poker room, CoinPoker.

This wasn’t the first time that Yogo has been victorious in a major APT tournament, also winning the APT Philippines Championship Event in April, for a prize of around $45k. Now, in Korea, 32 players finished in the money and Yogo was awarded the top prize of KRW 40,463,000 (~INR 25.21 lakh).

This final table was an all-Japanese affair, except for one USA player in Stu Terakawa. Another major event to have completed thus far was the CoinPoker Super High Roller, where Japan’s Masato Yokosawa won the title for a whopping KRW 74,160,000, while USA’s Daniel Lee finished runners-up for KRW 50,000,000.