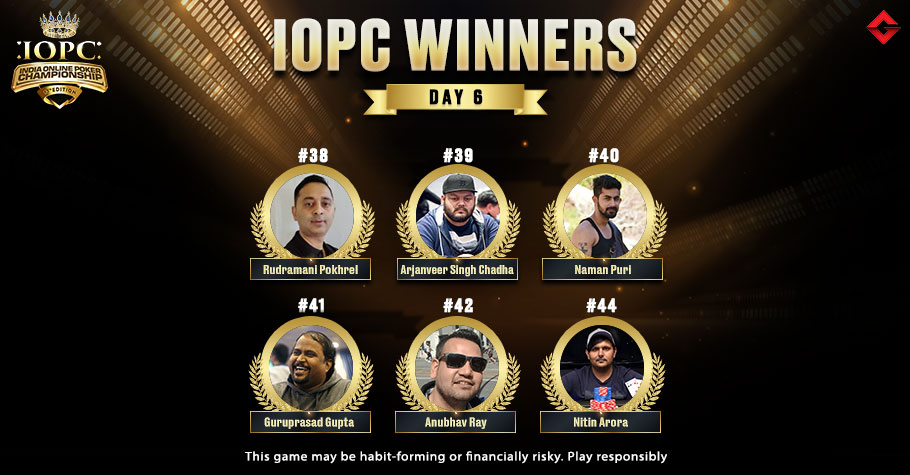 The first tournament of Day 6 was the ₹660 buy-in event which garnered 837 total entries comprising 442 unique players, 137 re-entries and 258 rebuys. The advertised guarantee was surpassed and the final prize pool stood at ₹5,02,200. The top 79 players made it in the money. The min-cash stood at ₹1,707. The tournament was a deal between Rudramani Pokhrel aka ‘rud1478’ and an anonymous player who goes by the moniker ‘Sanzoo.’ Pokhrel took home ₹82,844 while the mystery player cashed ₹73,992.

The PKO tournament had 533 entries, comprising 255 entries in total, 86 re-entries and 192 rebuys. The top 47 players made it in the money in this ₹1,650 buy-in event. The min-cash stood at ₹3,797. The tournament was a deal between online reg Arjanveer Singh Chadha aka ‘bazzingaa’ and an anonymous player ‘MightyLala.’ Chadha cashed ₹1,08,789 in prize money while the mystery player took home ₹1,03,544 in prize money. The ₹880 buy-in tournament was shipped by well-known player Guruprasad Gupta aka ‘DONKAKING’ for ₹1,06,700. The runner-up was an anonymous player called ‘PaisaWala’ who received a pay cheque of ₹67,650. Gupta clinched this title after battling a field of 687 total entries, comprising 284 unique players, 102 re-entries and 301 rebuys. The top 55 players made it in the money. A min-cash of ₹2,695 was paid. 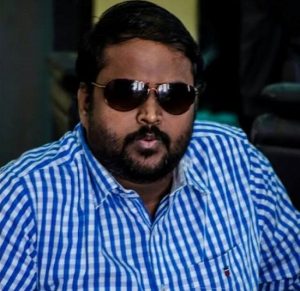 The Tuesday Prime tournament had a strong player field of 1,378 entries, comprising 637 players and 271 re-entries and 470 rebuys. The advertised guarantee of this ₹3,300 buy-in event was surpassed and players competed for a final prize pool worth ₹41,34,000. The top 135 players took a share from the impressive prize pool. The min-cash stood at ₹8,143. The tournament was shipped by Anubhav Ray aka ‘KillaBot’ who fired three bullets to clinch this title and cash ₹7,65,203. The runner-up was Devang Yadav aka ‘THENERDGUY’ who won ₹4,65,901 in prize money. The Tuesday Spotlight was a ₹2,200 buy-in event. This event had 891 entries, comprising 412 unique players, 143 re-entries and 336 rebuys. The tournament was shipped by a mystery player who goes by the moniker ‘Blunder Master’ who fired three bullets and cashed ₹3,45,420. The runner-up spot was claimed by a popular player—Sanish Chhabra aka ‘Sanish21’ who pocketed ₹2,16,720 in prize money. The top 79 players made it in the money. The min-cash stood at ₹6,120. 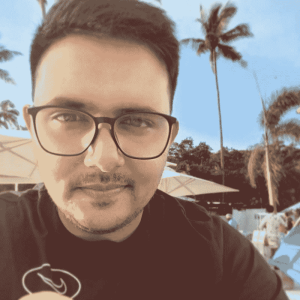