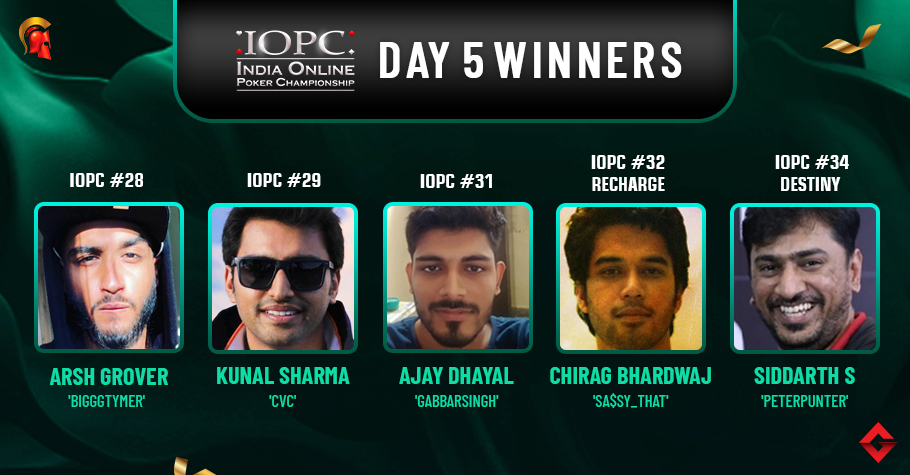 
On the heels of a rollercoaster Sunday, the action continued on India’s one of the leading online poker rooms, Spartan Poker. The July 2020 INR 25 Crore GTD India Online Poker Championship (IOPC) hosted Day 5 and each event concluded successfully! So, let’s quickly dive into the details and reveal the titleholders of the night…

The buy-in to the first event was INR 550 that enrolled 857 runners hoping to grab the title. The event had successful run, posting INR 4.28 Lakh prize pool. Well-known circuit grinder Arsh Grover aka ‘BigggTymeR’ proved to be the last player standing in the tourney and after knocking out his opponent ‘Ronaldinho18’ in heads-up with fullhouse 77722 over his opponent’s 9977.

Once again, successfully accumulating INR 6.94 Lakhs prize pool on the back of 463 entries, the IOPC Event 29 crowned a champion in popular online grinder Kunal Sharma aka ‘cvc’. Money reached the top 39 players who sealed INR 4.7K at least. It was ‘roshanthefish’ to finish in the second position after a deal in level #44 of the event.

The third event of the day saw Pankaj Sharma running to claim his third IOPC title of the ongoing series but was eventually denied, settling in the third place. The Monster Stack event registered 770 entries taking the guarantee to become INR 6.16 Lakhs prize pool. Anonymous player ‘FunkeyFox’ was announced the official winner who claimed the lion’s chunk of prize money, ‘thepokerbrat’ walked out with the runner-up prize on Spartan Poker.

Taking the top honors was Ajay Dayal aka ‘gabbarsingh’ who padded his wallet by grabbing the first-place prize money and the prestigious IOPC title after defeating 360 entries. The buy-in tossed to become INR 1,100 with the top 27 players capturing a min-cash of INR 3.6K. The tourney concluded after a heads-up deal and Dayal with a larger stack of 1.9 million was announced the official winner while his opponent ‘hook7’ earned a little lesser and took home the second-place cash prize.

In our Monday Roundup article, we talked about Spartan Poker’s headlining tourney ReCharge boasting INR 20 Lakhs GTD. The event drew a gigantic field of 1000+ entries resulting in the collection of INR 23.90 Lakhs worth prize pool. In the end, it was online reg Chirag Bhardwaj aka ‘Sa$sY_ThaT’ who clinched to the top prize after striking a deal with his opponent ‘Unpredictable1’.

The sixth event of the day was promising INR 7 Lakhs GTD. The action commenced at 9:30 pm last night and in no time 498 hopefuls logged in to earn the prestigious title. The popular poker player Gokul Raj aka ‘Super Kings’ was dominated by his opponent ‘bluffer’ in heads-up and Raj captured the runner-up position. Ultimately, ‘bluffer’ triumphed the tourney and shipped his first IOPC July 2020 event.

This was the special IOPC edition Destiny INR 10 Lakhs GTD displaying a buy-in of INR 2,200. The event could muster 654 entries posting a prize pool of INR 13.08 Lakhs. The tourney paid out 60 places and closed out with Siddarth Singhvi aka ‘PeterPunter’ winning the title. Singhvi chopped it with ‘borntrouble’ who ended up in the second place. 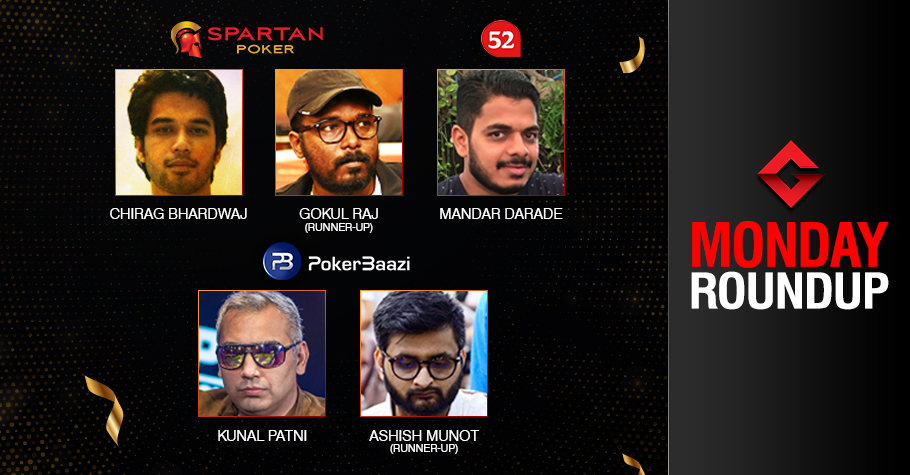 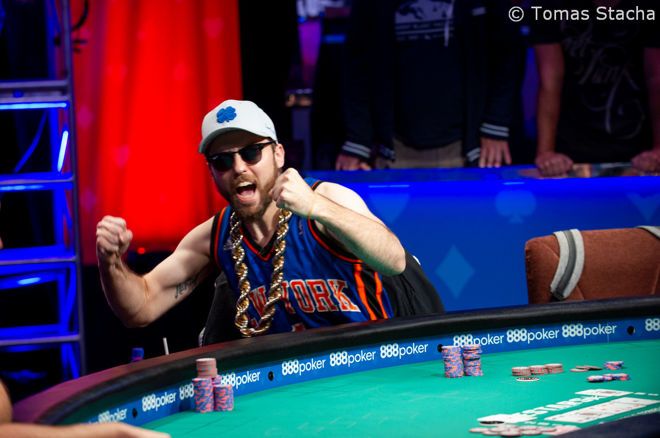