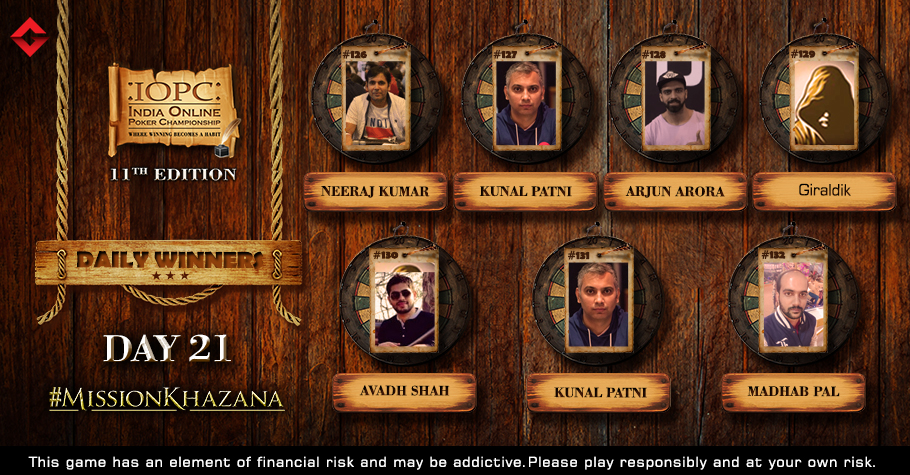 
Adda52 Game Ambassador Kunal Patni sets the virtual felts ablaze as he shipped two tournaments in a day in the 11th edition of the India Online Poker Championship (IOPC). Day 21 had several high-value tournaments, amongst which the PLO Highroller was the biggest event. Online reg Avadh Shah shipped the tournament and thickened his bankroll with ₹8,37,539.

This is just a gist of all the action that went down yesterday, keep reading to know more.

The first tournament of day 21 was shipped by Neeraj Kumar aka ‘Jannat25.’ This player traversed to the top among 613 entries and cashed ₹59,461 in prize money. The top 55 players were paid a min-cash of ₹1,501. The 55th player to receive the min-cash was Anuj Yadav aka ‘tittooTauji.’ This tourney surpassed its initial guarantee by a very slim margin as the final prize pool stood at ₹3,06,500. 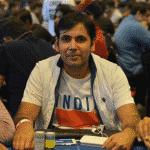 This tournament was shipped by Adda52 Game Ambassador Kunal Patni aka ‘NutsTodayBluffTomo’ who received a pay cheque of ₹1,20,455. The event had 387 entries in total and the top 31 players were paid a min-cash of ₹5,108. 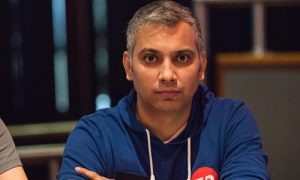 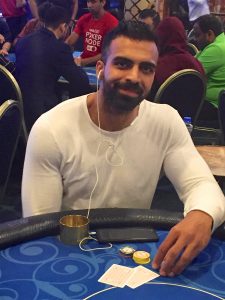 The Saturday Prime tournament was shipped by an anonymous player who goes by the moniker ‘Giraldik.’ This player received ₹5,36,878 in prize money. The runner-up in this event was online reg Nitin Arora aka ‘Demogorgon’ who cashed ₹3,38,672 in prize money.

The ₹130 PLO Highroller tournament had 222 entries in total and the top 23 players were paid a min-cash of ₹52,200. This event was shipped by online reg Avadh Shah aka ‘cateyes’ who thickened his bankroll by a whopping ₹8,37,539. 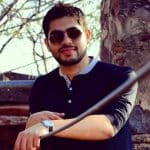 Kunal Patni aka ‘NutsTodayBluffTomo’ shipped yet another tournament last night. He clinched the Saturday Spotlight title and laughed his way to the bank with ₹2,04,521 in prize money. The runner-up in this event was the Ujjwal Vishnani aka ‘Mr vishnani’ who took home ₹1,83,048. Previously, Vishani nailed the Wednesday Spotlight on Day 18 of IOPC. In that event, he cashed ₹1,68,000 in prize money.  The tournament had 543 entries in total and the top 47 players were paid a min-cash of ₹7,737.

The advertised guarantee was surpassed and the final prize pool stood at ₹13,57,500.

ALSO READ: This Poker Pro is the perfect travel buddy one can wish for

The last event of the day was the ₹1,100 buy-in PKO tournament. This tournament was shipped by Madhab Pal aka ‘madhabpal2017’ who cashed ₹1,47,494 in prize money. The tournament had 854 total entries and the top 79 players were paid a min-cash of ₹2,613. The advertised guarantee of this ₹1,100 buy-in event was surpassed by a thin margin as the new prize pool stood at ₹8,54,000. 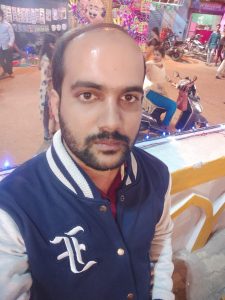