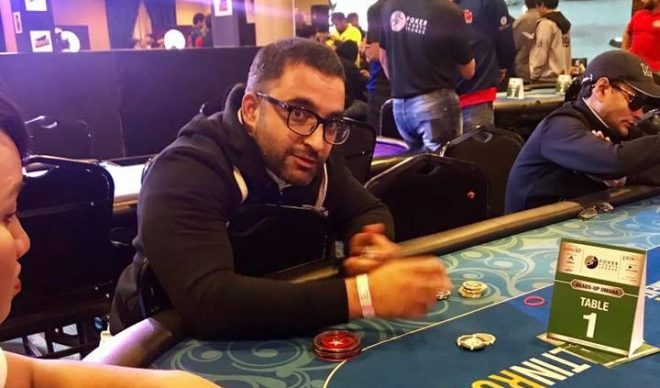 
Ram Kakkar is an Indian poker player who was recently travelling in the USA and found himself playing in a WSOP Circuit series in California, something which isn’t common among Indian players. These circuit events are very popular, but they usually see USA-dominated fields.

It was the WSOP Circuit Thunder Valley series taking place at the Thunder Valley Casino Resort in Lincoln, California. A few days back, he registered to Event #5: $400 Omaha Hi-Lo 8 or Better and played well to eventually finish in the money and cash-out in 13th place for a prize of $674 (~INR 48,600).

However, he believed in his abilities and decided to play in another tournament, this time Event #10: $400 NLHE – 6-Handed Turbo. He made a much deeper run this time around and fell slightly short of winning a title and a maiden WSOP gold ring, finishing second for $9,596 (~INR 6.92 lakh).

He beat all but one player from a field of 172 entries and was only one of three non-American players to finish in the money. This runner-up finish also became a career-best live cash for Kakkar, who has also represented Kolkata Royals in the inaugural season of the Poker Sports League in 2017 and then the Gujarat Falcons in 2018.

Kakkar’s couple of cashes may inspire him to play a few more tournaments in the WSOP Circuit before returning, while it may also inspire other Indian players to take part in these events. He finished second only to USA’s Kenneth Turner who won $15,525 for first-place.

Of course, this was one of the smaller tournaments at the stop. The $1,700 No Limit Hold’em has kicked off and you can keep reading GutshotMagazine.com to know if Kakkar makes a cash in this event as well.