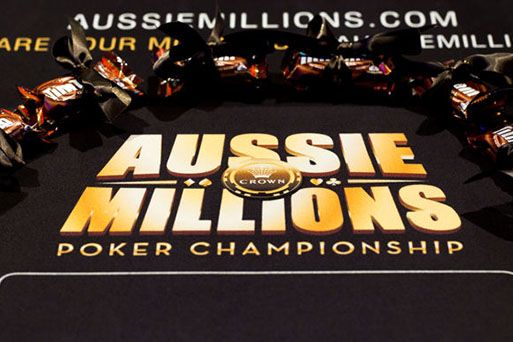 
The poker scene in India is only getting better as time passes by and there are plenty of tournaments, leagues and other competitions being held to help promote the game as a sport in the country. However, the game is still developing in the country and India’s top pros often look for better opportunities abroad, where they can compete against some of the best in the world, for bigger prizes.

When it comes to the biggest series in the world, the World Series of Poker (WSOP) is the undoubted leader, but that just lasts for a month or two each year. Apart from the WSOP, Indian players are spotted at many other international offerings throughout the year like Asian Poker Tour (APT), Asia-Pacific Poker Tour (APPT), World Poker Tour (WPT) and others.

Another very prestigious annual tournament series is the Aussie Millions, and this takes place at the Crown Casino Melbourne in Australia at the start of each year. The 2019 Aussie Millions series is all set to take place between 15 January and 4 February 2019, now less than a month away.

Known as the ‘Vegas of the South’, this has become a prime venue for poker over the years and the 2019 Aussie Millions is slowly but steadily preparing itself to become the biggest Aussie Millions yet. Last year, Toby Lewis won the Aussie Millions Main Event which saw a record field of 800 entries, a majority of which found their way in through discounted satellites.

“Satellites have been running and players have already shown up in droves. Support for the 2019 series is also at an all-time high with local players already ensuring internal satellites currently sit almost 25% in front of this time last year. Given Crown Poker generated a whopping 422 Main Event seats in 2018 via local satellites, this is particularly pleasing and will almost certainly translate into another huge Main Event field in 2019,” is the official word from the Aussie Millions team that is preparing for another record-breaking series.

Each year, we see new changes and additions to the Aussie Millions, a series which has been running for over two decades now. The big blind ante format has been growing in popularity and it will also be introduced to the Aussie Millions for the first time ever. The complete schedule was announced in July this year.

A never-seen-before Indian participation will be witnessed at Aussie Millions 2019, with several players already having booked their tickets. 2016 saw 3 Indian players participating, 2017 saw 5 and 2018 saw 8 players. Although a slow rise, the graph is on the up and this year should see a big spike in these numbers, with 20+ Indian players estimated.

Everyone seems excited about the 2019 Aussie Millions, especially since the Indian contingent there is all set to be the biggest yet. So, to know more about the upcoming series, Gutshot recently conversed with Hayley Breen, Aussie Millions VIP Customer Liaison Manager. Take a look and what she said:

What additional efforts are being put in to ensure 2019 Aussie Millions becomes the biggest yet?

Each year, we select and train the best of our front-line employees to plan, implement and deliver a world-class event for competitors and spectators. These employees include dealers, food and beverage attendants, security personnel, and hosts. This year, our Marketing team has focussed on driving awareness for our satellite program (value-for-money events where players can win a seat into the Main Event, without paying the AUD 10,600 buy in). Almost half of this event’s players earn their way into the Main Event by winning satellites; ensuring players of all bankrolls have the opportunity to participate.

The Crown Melbourne complex is home to three hotels, 40 retail outlets and 70 restaurants, cafes and bars. In 2019, there will be 94 poker tables (across 3 venues) dedicated to the Aussie Millions. With visitors from over 32 countries, we have put a lot of thought into producing on-complex directional signage to ensure players can navigate their way between events.

Any other new or exciting events that are being added to the Aussie Millions for the first time?

The 2019 Aussie Millions $1,150 NLH Opening Event will include an additional flight added to the calendar. This event has an AUD 1 Million guaranteed prize pool. In 2018, we smashed that with the total entries reaching 1,538 (AUD 1,576,450 prize pool). With the additional flight added, we are excited to see how many entries we can generate in 2019. Also new to the schedule is Event #24 AUD 25,000 Pot Limit Omaha. This event provides yet another platform for the world’s best to compete.

Are there any signs of increased participation from India?

2019 Aussie Millions is expecting to see more players representing India than ever before. Adda52 numbers are growing year on year, with players hitting the felt throughout the entire series. 9stacks will also be making their debut in 2019, sending a contingent of players over to Crown Casino Melbourne to participate in the Championship Event. 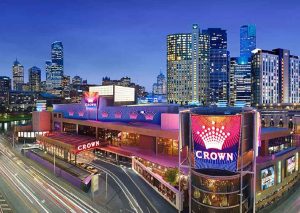 For those who aren’t aware, Adda52 is one of India’s leading online poker brands and one of their signature tournament series is Godfather, where a winner each Thursday qualifies to the SnG Finale to play for an INR 7 Lakh package trip to the 2019 Aussie Millions. Alok Ranjan won the Godfather 5.0 Finale SnG and he may well be one of the players heading to play poker down under, while we’re still awaiting a winner of Godfather 6.0.

We’re not counting out a good female participation either, with Adda52 Team Pro and WSOP bracelet girl Nikita Luther hitting the felts at the 2018 Aussie Millions. Will she do so again? Similarly, Chandni Malik is another female recreational player who won a package from 9stacks to the 2019 Aussie Millions.

Just like Adda52, 9stacks (sign-up with code “GUTSHOT”) is also partnered with Aussie Millions and they were offering 100+ Aussie Millions packages to players, with the first 15 winners already being announced in October. The promotion recently ended and some more winners will be announced soon by 9stacks. Indians who will most probably be seen in action in Melbourne are Aditya Sushant, Akshay Nasa, Paawan Bansal and others.

Poker in Australia has been picking up in recent times and the most recent series to conclude there was the WSOP Circuit Sydney stop, which ended with Alex Lynskey winning the Main Event for AUD 442k in prize money. That, however, is just a trailer of what’s to come when the Aussie Millions kicks off on 15th January 2019.

Jason Somerville’s Twitch.tv account will be the exclusive broadcast partner for the 2019 Aussie Millions Poker Championship, so you can catch all the live action on Twitch between 1-3 February 2019. Also, GutshotMagazine.com will be covering all major updates from that series at the Crown Casino Melbourne and you can stay tuned for all updates.