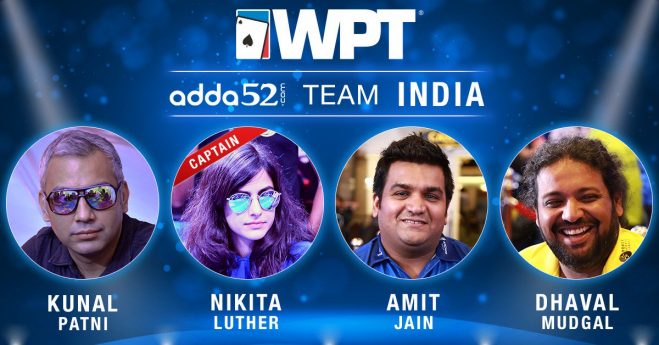 
The World Poker Tour (WPT) is currently hosting its ‘Asia Swing’ segment where series will be contested at multiple Asian locations including Japan, Korea, Vietnam, and India. Most recently, Shingo Endo won the WPT Japan Main Event before action moved towards Korea, where the first ever WPT Global Teams Event was scheduled to be held.

In this historic event, 14 countries will be pitted against each other at the Paradise City Hotel & Casino, Incheon, South Korea, and Team India was also one of the participants. Each team consists of four members and the competition is scheduled between 19-21 September, wherein the teams will play different variations of NLH and PLO events.

Yesterday was Day 1 where a 9-Max NLHE event was followed by a Heads-Up NLH and a Heads-Up PLO event. At the end of the action on Day 1, Team India finished with 78 points, which was good enough to be ranked #8 after the end of the day. Team New Zealand is currently in the lead with 104.5 points, while China finished in second.

We’re backing our Indian pros to do even better than they did on Day 1 and climb up the points table. For those who want a better understanding of the WPT Global Teams Event, watch this video where Danny McDonagh, WPT Tournament Director, explains the competition:

Keep reading GutshotMagazine.com for a timely update on Day 2 and Day 3 of the WPT Global Teams Event taking place in Korea.