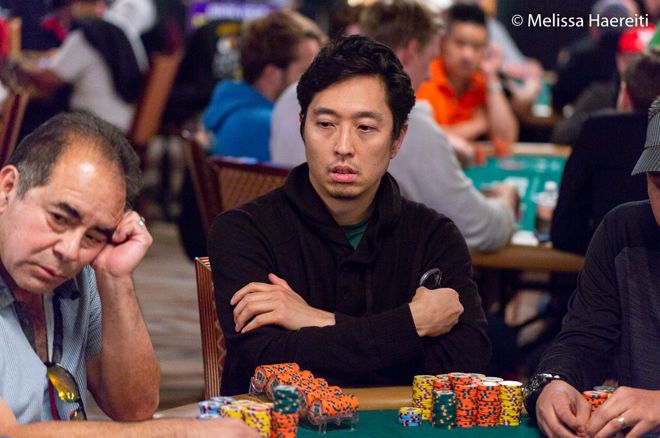 
The day everyone at the World Series of Poker Main Event was waiting to end finally happened a few hours ago. The end of Day 3 meant that the remaining players are assured of a minimum payday of $15,000 and there’s still that juicy $8.8 million up top for the World Champion.

2,786 players moved into Day 3 from the previous flights and the field was combined for the first time to play together here. The goal of everyone was to last till that ITM moment which was expected to happen at the end of the day but that was not going to be easy as more than half the starting field of the day had to be eliminated to get to that min payday. Some of the high profile names to head to the exit included Jason Mercier, Greg Merson, Matt Waxman, JC Tran, Phil Hellmuth, Eli Elezra, Erick Lindgren and Tom Marchese.

Of course all this talk of making the money cannot be done without a mention to the one unfortunate soul who of course is the bubble boy or girl. For the first time, all players were moved into one single room i.e. the Amazon room and there were still 22 knockouts required to get the that magic ITM figure. Matthew Hopkins was the unlucky one when his Ac 5h was done in by Bryce McVay’s Ad Qs on a board of Th 8d 6d 2h As. Hopkins will no doubt rue his missed chance but perhaps that hurt is soothed just a tiny bit by him receiving a free entry into the 2019 WSOP Main Event, as is the bubble boy tradition at the World Series for the past many years now.

Team India still in it

Play on Day 4 will begin at 11 am local time and we will bring you the day’s end update right here at GutshotMagazine.com!