9 teams are participating in the fourth edition of the Match Indian Poker League (Match IPL), a unique league which follows the match poker format and has proved to be quite popular in India so far. Match IPL Season 4 was scheduled between 13-14 November 2019 in Andheri, Mumbai and after 5 sessions of play yesterday, Day 1 came to a close.

Winners of the inaugural season of Match IPL, it was Mumbai All Stars who took the lead after the first session, which would’ve been a good start to Harman Baweja’s birthday, who is captaining the Mumbai team. Winners of the second season Haryana Hawks were second while Spartan Poker sponsored UP Indians were third, all very close with 273, 272 and 270 points respectively. 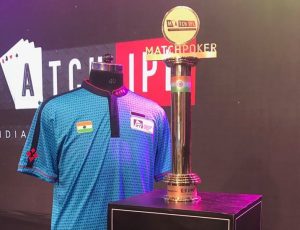 A total of 4 sessions were played during the day with 50 hands being played in each session. The lead often went up and down between a few teams but because of a 14-point lead over the next best in the second session, it was Haryana Hawks who ended Day 1 at the top of the points table. Mumbai All Stars finished the day in second place while UP Indians ended in third place.

After having won the last season in October 2018, Pune Kings had a horrible day at the felts, and they ended at the bottom of the points table. Here’s a look at the points table after Day 1:

Day 2 resumes today at the same venue and it’s going to be another fascinating day’s play in Mumbai. When we wrap up today, the winning team will walk away with INR 65 Lakh as the top prize out of the total prize pool of INR 1.7 Crore, with the top 4 teams being paid out. The winning team will also get a chance to represent India at global match poker events like the most recent one which saw Team India winning at the Match Poker Asian Nations Cup.

Stay tuned to GutshotMagazine.com for more updates from the Indian poker industry.